If you care about data security and privacy, you’ll want to read about the FTC’s settlement with ruby Corporation, ruby Life Inc., and ADL Media Inc. –  the companies that operate AshleyMadison.com.

AshleyMadison.com advertised a dating website that’s “100% secure and anonymous.” It bolstered those claims by including an icon of a “Trusted Security Award” and an image indicating that the website was a “100% discreet service.” 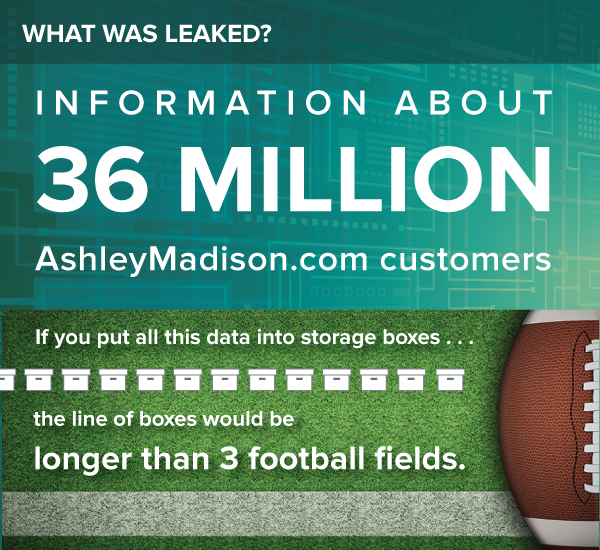 The website lured you in with promises of “thousands of women” in your city (and mind you, about 16 million of the 19 million U.S. profiles were of men). Then, it used “engager profiles” – fake profiles created by staff who communicated as if they were actual female users. The company created these profiles by using information from existing members who had not had any account activity for a while. Many times, non-paying users upgraded to full memberships so they could send messages to what they believed were real users but were, in fact, fake profiles.

For users who were concerned about others finding out about their activities on the website, the website promised that you could “remove your digital trail.” For $19, you could buy a “Full Delete” that promised to remove all of your information from AshleyMadison.com. We’re talking information like: name; relationship status; sexual preferences and desired encounters; desired activities; photographs; and financial information. Sounds like information people wouldn’t want to get out in the public, right?

How did this happen? The FTC’s complaint alleges that AshleyMadison.com engaged in several practices that failed to provide reasonable data security, including:

These basic principles are all outlined in the FTC’s Start with Security guide.

The FTC’s settlement with ruby Corporation and its subsidiaries prohibits the companies from making those types of misrepresentations. It also requires them to maintain a comprehensive information security program and get biennial assessments. 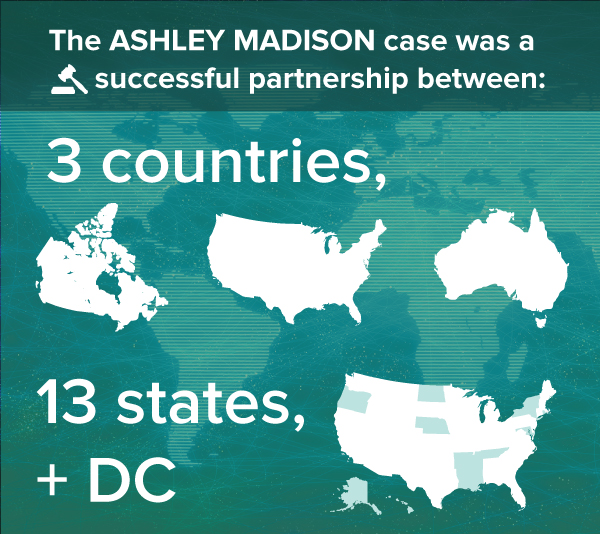 And the FTC isn’t in this alone. The FTC’s settlement is in conjunction with thirteen states and the District of Columbia. The FTC also had help from its international counterparts in Canada and Australia. Based on a joint investigation, the Office of the Privacy Commissioner of Canada entered into a compliance agreement and the Office of the Australian Information Commissioner entered into an enforceable undertaking with Toronto-based ruby Corporation. Those agreements focus on remedial measures to improve the company’s data security and data retention policies.

So, what’s the lesson learned from the Ashley Madison case? Businesses must keep their promises. And if you collect sensitive personal information, you must protect it.

Cannot see where Ruby was actually punished for their lies and negligence. They are not allowed to behave in this manner in the future, but see no mention of fines or other steps to prevent companies from engaging in this kind of fraud.

Here's more information from the FTC announcement about the settlement:  "In addition to the provisions prohibiting the alleged misrepresentations and requiring a comprehensive security program, the proposed federal court order imposes an $8.75 million judgment which will be partially suspended upon payment of $828,500 to the Commission. If the defendants are later found to have misrepresented their financial condition, the full amount will immediately become due. An additional $828,500 will be paid to the 13 states and the District of Columbia."