FTC has no time for allegedly deceptive “unlimited minutes” claims

“UNLIMITED Minutes.” “UNLIMITED TALK.” “‘UNLIMITED MINUTES’ We do not charge ‘per-minute’.” Those are notable claims for anyone shopping for telecom services, including consumers who want to maintain family ties with relatives who are incarcerated. But according to an FTC lawsuit, two companies and two individuals bilked unsuspecting parents, spouses, children, and other loved ones out of more than $1 million by selling them misleading “unlimited” inmate calling plans. 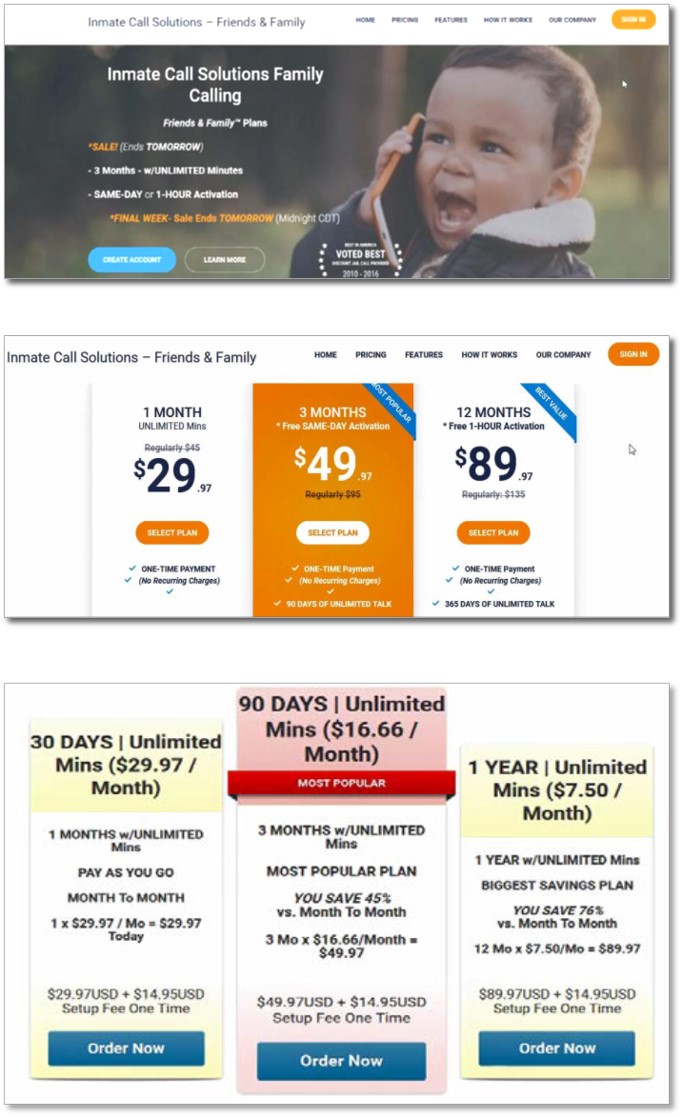 Marc Grisham, Courtney Grisham, Disruption Theory LLC, and Emergent Technologies LLC operate websites – including inmatecall.com – that purport to sell unlimited calling plans to inmates’ families. From the homepage, customers navigate through the purchase process by selecting one-, three-, or twelve-month plans. On multiple places throughout the site, the defendants describe those plans as “unlimited minutes” or “unlimited talk.” With COVID-19 making it impossible for families to visit, the defendants doubled down on their promotional promises by claiming to offer an “extended sale” on their plans.

But according to the FTC, the defendants’ “talk” claims are all talk, but no real talk – meaning that the plans don’t offer the advertised benefit. In fact, prison and jail calls are provided by specialized service providers who have contracts with correctional facilities and charge for calls at predetermined per-minute rates. Those providers don’t currently offer unlimited calling plans.

The complaint alleges that family members who bought the defendants’ unlimited plans later learned they would have to open and fund separate pre-paid accounts with the service provider at the specific jail or prison. In other words, even though they forked over for the defendants’ “unlimited” plans, they still have to pay the going per-minute rate charged by the service provider.

The FTC says the defendants compounded the deception by falsely claiming an affiliation with the companies that actually were approved providers. The complaint alleges defendants posed as approved providers to bolster their credibility and induce consumers to purchase their plans.

What happened when family members learned they wouldn’t get the promised unlimited minutes? The FTC says the defendants weren’t responsive to calls to their customer service line and made it difficult for deceived buyers to get their money back.

A federal court entered a temporary restraining order against the defendants on October 6th.