Just as consumers are engaging in social distancing to stop the spread of COVID-19, businesses, too, should distance themselves from companies using robocalls to spread coronavirus-related scams. That’s the message of joint warning letters just sent by the FTC and the Federal Communications Commission. These aren’t the first letters to VoIP service providers, but there’s something different this time.

According to the warning letter to Canadian company RSCom LTD, “Investigations conducted by our agencies, in conjunction with the USTelecom Industry Traceback Group, revealed that RSCom is a gateway voice provider for apparently fraudulent COVID-19 robocalls originating from Voice Are Us, Ltd., based in the United Kingdom.” The letter refers to calls about fraudulent offers of government financial relief. 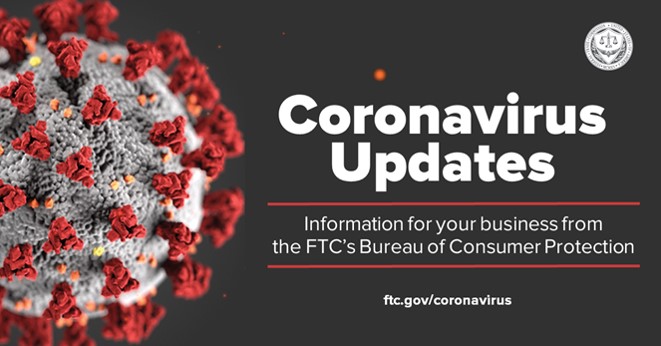 However, here’s the “something different” part of this round of warnings. Two letters went to companies that refused to disclose to the Industry Traceback Group the names of who’s behind the illegal robocalls. The letter to California-based Intelepeer Cloud Communications states that the company is the originator for apparently illegal robocalls from one or more of its clients. The letter cites robocalls pitching bogus “debt relief or payment reduction services in connection with the COVID-19 pandemic.”

PTGi International Carrier Services in Washington, D.C., also received a warning letter, noting that it’s a gateway voice provider for apparently fraudulent COVID-19 robocalls originating from a Germany-based wholesale provider. The letter refers to two different types of illegal messages: ones falsely claiming to come from the Social Security Administration, threatening to cut off SSA benefits, and others falsely claiming the recipient has been charged $399 for tech support services, but may qualify for a refund by responding to the call.

The FTC and FCC had this to say to Intelepeer and PTGi: “We note that your company’s refusal to disclose to the Industry Traceback Group the names of the person(s) responsible for the unlawful calls makes it difficult for U.S. network providers to protect themselves against illegal robocall traffic from those sources.” All three companies received this reminder: “Our agencies will aggressively pursue legal action against unlawful robocallers and, where appropriate, pursue legal action against voice providers routing or transmitting such traffic on their networks.”

What’s the next step? The letters give RSCom, Intelepeer, and PTGi 48 hours to stop routing or transmitting harmful robocall traffic from the entities involved in those campaigns. After that, the FCC will authorize other U.S. voice providers to block all calls from RSCom, Intelepeer, and PTGi and take any other steps necessary to prevent further transmission of unlawful calls from those three companies. What’s more, the FTC and FCC “will evaluate whether further action is appropriate in connection with your activity.”

Then there’s an additional letter to USTelecom - The Broadband Association. Like an earlier letter, it acknowledges the efforts of the Industry Traceback Group to identify fraudulent robocalls that exploit consumer concerns about COVID-19. In addition to explaining the FCC’s 48-hour warning to the named companies, the letter adds that the “FCC will also authorize U.S. providers to extend the obligation to prevent transmission of these unlawful calls with all entities with which they contract or that handle traffic in any part of the call path.” The letter reminds industry members of the role they should play to protect consumers from illegal robocalls.

It boils down to this. Consumers are doing their part to reduce the spread of the coronavirus by maintaining an appropriate distance. They expect businesses to do the same by distancing themselves from those engaging in COVID-related schemes, scams, and rip-offs.