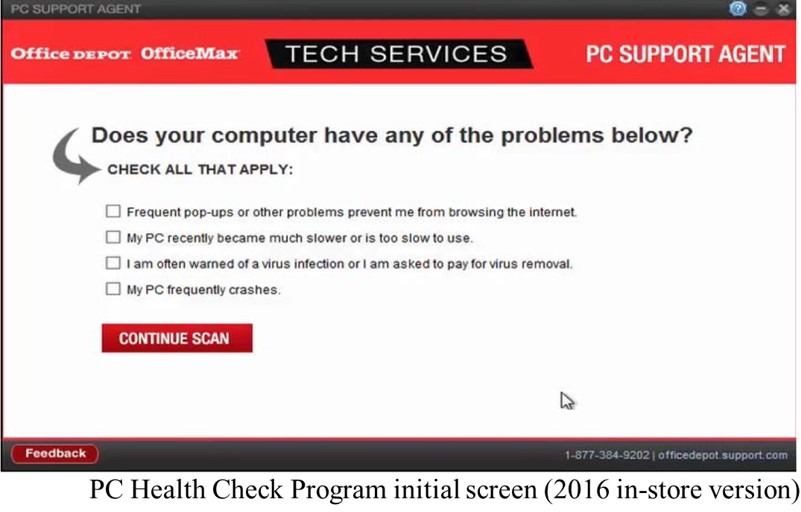 Mariette Hill_… (not verified)
I have had all of my laptops serviced there and the Office Depot aasistant manager at the Reston, VA location crashed and ruined two hard drives on my computers! They told me the same things, crashed the hard drives on.my laptops to where I lost valuable information of the past 15 years were gone forever! Unless I used the services that they told me to go to a computer forensic programmer, but it would cost me over $2000 to recover...never the less, I kept the hard drive just in case, IF tbeygave the right hard drive back!!!
Jose Arreola (not verified)
I use the program and my computer no longer works and i have to trash away
Laurie &amp; Jon S… (not verified)
We have been extremely missable dealing with the issues of our problems with our computer problems and internet connection issues and problems of issue personal and business credit issues of hackers and credit burrows not removing incorrect information off our reports and updating the correct information to our credit reports and fixing the issues with our internet/ versus on our phone and computer and has caused us so much problems and stress over the last 7-8 years I come to turns that I hate all internet and Electrical devices because they never get fixed completely...
AC (not verified)
It's easy and prevalent to lay fault at someone else's door, I believe that Office Depot may have done that, but it's the result of the individuals at the ranks to try to get that commission or look better, but as a computer tech I can assure you, most people are careless when it comes to computer usage, claiming that a computer is new is no assurance that it will be clean. I've personally seen people getting a brand new computer and immediately upon turning it on going to certain sites and getting it completely infected with viruses in a matter of minutes because they are trying to install everything in sight without knowing what they are installing. Stop and think why will someone provide absolutely free any program or game? And sorry Mariette but no way a scan is going to ruin your hard drives if they crashed they were already failing, some manufacturers would not use the best quality and there is a reason for differences in prices between business and personal class devices you may have used your computer more heavily than what it was intended to, why do you think gamers pay premium prices for their equipment?
as (not verified)