When home cooks bake an apple pie, many of them use Pyrex glass measuring cups – products promoted as, well, “American as apple pie.” But despite prominent claims that certain of their measuring cups were “proudly made in the USA,” the FTC says that between May 2021 and March 2022, some consumers shopping on Amazon actually received products made in China.

Illinois-based Instant Brands manufactures and sells housewares under the Pyrex brand name, including glass measuring cups and other glass cooking and baking accessories. Touting Pyrex’s “made in the USA heritage,” Instant Brands advertised Pyrex products as “Made in USA,” “Proudly Made in USA” and “1 of 10 products surprisingly still made in America.” 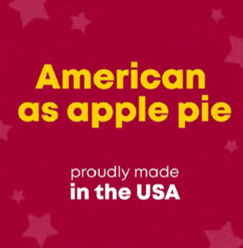 One consequence of the COVID pandemic was a resurgence in home baking and an accompanying increase in demand for Pyrex measuring cups. On Amazon, Instant Brands marketed two SKUs of its glass cups – a three-piece set and a four-piece set – with the prominent representation that they were “Made in USA.” However, between May 2021 and March 2022, Instant Brands shifted production of certain measuring cups advertised as U.S.-made from the United States to China. Those Chinese-origin measuring cups were marked and packaged with the statement “Made in China.”

All told, Instant Brands fulfilled more than 110,000 Amazon orders for Made in USA measuring cups with Chinese-origin products. The company did that despite receiving numerous complaints from consumers who had ordered American-made measuring cups and were unhappy about receiving Chinese-made merchandise instead. What’s more, alleges the FTC, “[T]hroughout this time, despite importing and selling measuring cups from China, Instant Brands continued to publish and disseminate general advertising materials stating or implying that all Pyrex products were of U.S. origin.”

The complaint alleges that in advertising Pyrex three- and four-piece measuring cup sets, Instant Brand falsely represented they were all or virtually all made in the United States. To settle the case, the company will pay a $129,416 monetary judgment and will be bound by injunctive provisions prohibiting it from making Made in USA claims unless the final assembly or processing of the product occurs in the United States, all significant processing occurs here, and all or virtually all ingredients or components are made and sourced here. If Instant Brands wants to make a qualified claim, the proposed order requires a clear and conspicuous qualification immediately adjacent to the representation that must accurately convey the extent to which the product contains foreign parts, ingredients, or processing. What if the company wants to say a product is assembled in the U.S.? Then the product must be last substantially transformed in the United States, the principal assembly must take place in the U.S., and the U.S. assembly operations must be substantial.

Once the proposed settlement appears in the Federal Register, the FTC will receive public comments for 30 days.

The lesson of the Pyrex case is to make sure your manufacturing processes measure up to your Made in USA promises. If there are changes to your supply chain – even temporary ones – update your ads to avoid deception. It’s a recipe for consumer dissatisfaction and possible law enforcement to disseminate half-baked Made in USA claims.

And who believes that a paltry fine of $130K is going to stop this behavior?