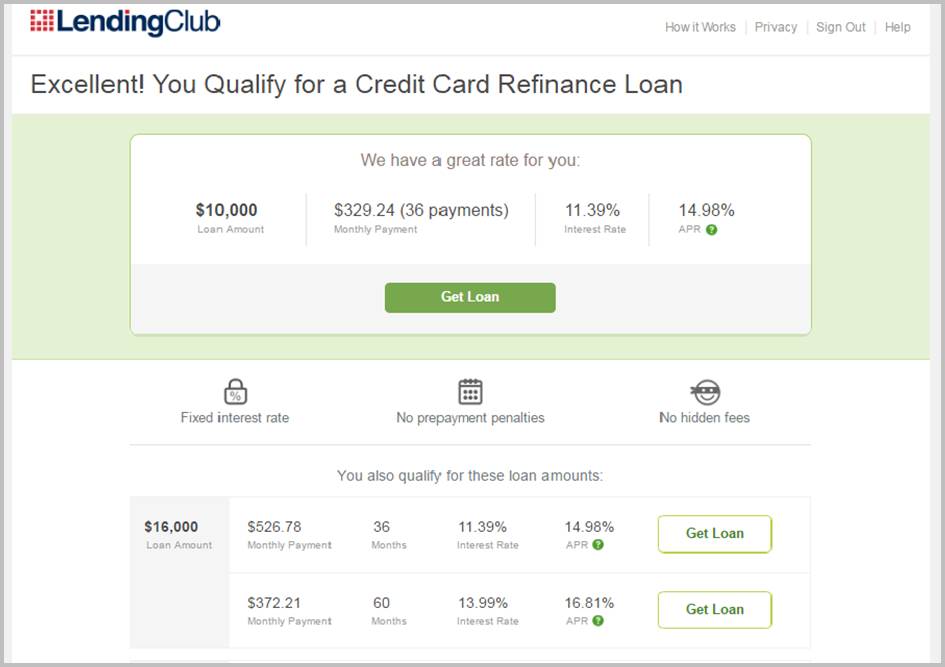 Patricia Brittell
This amazes me due to timing and other experiences with another lender that was much worse than Lending Club and nothing was done other than the company being put in a file for future complaints and FTC was unable to do anything,,, that was what I was told. What is unfortunate for me is, I borrowed money from Lending Club as well and you are telling me there is a lawsuit now for their illegal practices. I borrowed $3,000 and $300 was taken before I got the balance of the loan. I understood it to be upfront fee's and I sat up an automatic payment through my bank account. I thought they must be doing a legal transaction and accepted it. I wish my loan with the previous lender, AVANT, INC, would have been investigated for their illegal procedures because they were destroying my credit rating by giving false information to both the credit bureaus and me. They showed me being late for 30, 60, 120 days which was a lie beyond lies. I missed one payment due to a health emergency and tried to make it up until it got totally out of control and caused me extreme stress. I borrowed the money from Lending Club to pay off the debt. My loan at AVANT was $1300 and I ended up paying almost twice the amount of the loan. They were the most stressful company I have ever dealt with in my life and extremely unprofessional. After researching them, there were many other people that had the same experiences but evidently did not report it to FTC. I have had no problems with Lending Club, and as I said, I had the understanding it was going to cost me a fee for the loan, and I accepted it. Uneducated with the financial world can be very costly and most consumers are at the mercy of all companies whether legal or not. I have less faith in our BBB and Cpfb and all 3 credit bureau's who are in control of our financial lives because 99% of any problem, the consumer loses.
Ruby J Nieves
This is what I can't stand when hard working people need extra cash and these crooks scam you. It's not right! They should be in jail. They know their scamming people! Shame on Lending Club!!
Etta Alston
Add me. I have taken out two loans with them. One is now paid off and the other due to be paid off in a few months.
Diana Jennings
This is an eye opener for me as I took a loan with Lending Club about 3-5 years ago to save on interest on those credit card debts. I have since paid off that loan. And now, I just took out another loan this year to pay off two credit cards. It will be interesting to see what the outcome on this case will be, and whether borrowers will be refunded those hidden fees.
Paul Harter
I have a loan through lending club that will be paid off in a few months and I've used them for previous loan. I also expected(on my first loan) that there would be a fee taken out of the loan amount before I received the remaining amount. I accounted for that when determining how much to borrow. As an adult, I don't expect to get a loan for free. The loan documents, have all the information disclosed. Personally, I didn't rely on the web page for the final details of the loan obligation I was entering into.
WILLIE BORDEN
I just received a loan from them and YES they did take out fee whithout my knowledge. I took the loan anyway since I had NO choice. Can you HELP?
Jiame
I am so glad that real lenders still exists, My name is Maria Hernandez From Texas , Just Yesterday I got my bad credit loan of $15000 from Mr Lavington who is from North Carolina USA, I saw his advert Online and applied directly by contacting his email : lavingtonfinance@gmail.com and I also called his phone number +18288270635 for confirmation , He replied me and gave me the loan at interest of 2% , Surprisingly within 24 hours my bank account was credited with the loan. This Loan Process was so Sweet,Fast,StraightForward,Real,Amazing, and Unique, I did my part and Mr Lavington did not fail me , So I reccommend all serious borrowers to get their best loan from lavingtonfinance@gmail.com or call +18288270635 . Do not pass this post bye if you are a serious borrower because the Lavington Finance Service is Amazing, Best Thanks You All.