If you’re unfamiliar with loot boxes, you probably don’t have clients in the video game industry, aren’t a gamer yourself, or aren’t the parent of one. But for the millions of people who have been following the national – and international – conversation on the subject, the FTC just issued a Staff Perspective on its workshop, Inside the Game: Unlocking the Consumer Issues Surrounding Loot Boxes. 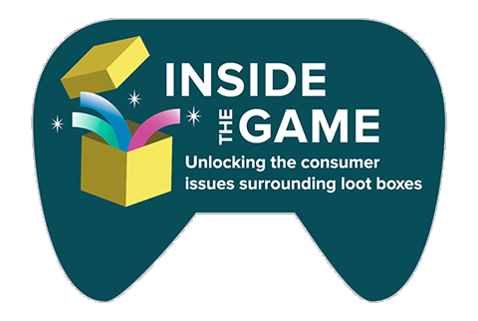 The workshop gathered consumer advocates, industry representatives, academic experts, and others to consider the impact of loot boxes – randomized virtual items that players can buy or earn through game play – on video gamers, especially kids. You’ll want to read the Staff Perspective for more information, but here are some of the topics it touches on.

The current state of play.  The Staff Perspective summarizes the kinds of games that feature loot boxes and the array of “loot” at play. It also looks at the substantial financial impact that paid loot boxes have on industry revenue streams. They may be described as microtransactions, but they generate megamoney. As one panelist noted, many games are free to download, but rely on loot boxes and other in-app purchases to turn a profit, resulting in a multi-billion dollar marketplace.

Paying for loot.  The growth of paid loot boxes has generated strong reactions both from the video game industry and from consumers. According to the Staff Perspective, some see them as optional expenditures that subsidize the cost of game development while providing access to video games at a reasonable cost or no cost upfront. Others expressed dissatisfaction with “pay-to-progress” and “pay-to-win” scenarios – where players find themselves in grinding gameplay loops unless they buy loot boxes to advance. Additional criticisms included paid loot boxes that yield rewards of little value or that don’t clearly disclose the odds of getting rewards of differing value. 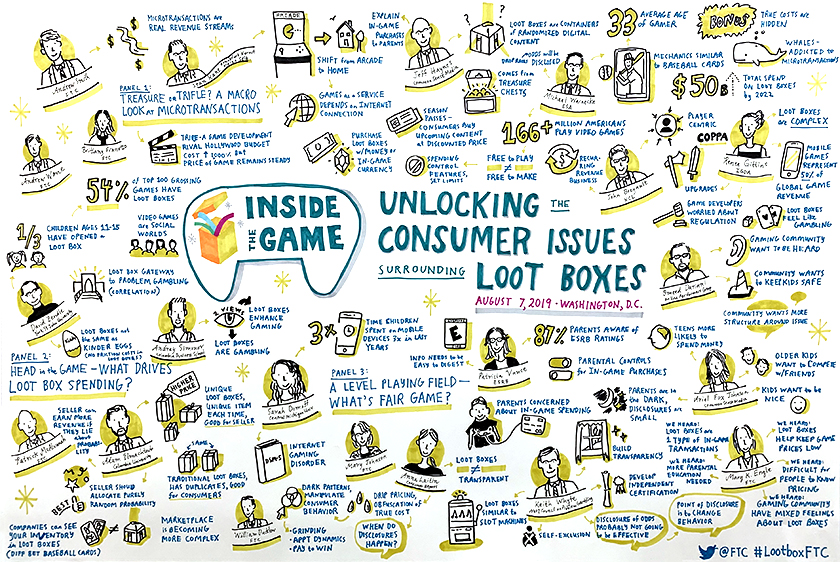 Kids at play.  As the Staff Perspective explores, a significant concern was the impact of loot boxes on kids. Do they fully understand the cost of loot box transactions? Are they susceptible to marketing tactics that may urge them to buy loot boxes or engage in potentially problematic digital media use? Do parents have the tools they need to navigate these decisions? Panelists from a variety of disciplines weighed in on these and related issues.

What’s the next play?  So what should be done to address concerns about loot boxes? As the Staff Perspective outlines, commenters and panelists expressed divergent views on whether government regulation is warranted. The discussion also focused on industry self-regulatory initiatives and the need for ongoing research and consumer education.

According to the Staff Perspective, since the Inside the Game workshop, the Entertainment Software Rating Board (ESRB) announced a new video game rating element to disclose when a game includes in-app purchases that are “random,” meaning players won’t know in advance what digital item or premium they’ll be getting. In addition, several major players in the video game industry are in the process of requiring the odds of winning items of different value to be clearly disclosed at the time of purchase.