For consumers struggling with severe or chronic pain, ads for a product called Willow Curve appeared to offer light at the end of the tunnel. But the FTC alleges the marketers made false and unsubstantiated claims for the product, a device that applied low-level light and mild heat to the site of pain – and set people back between $599 and $799 in the process. The proposed settlement also sheds light on the FTC’s ongoing concern with deceptive native advertising. 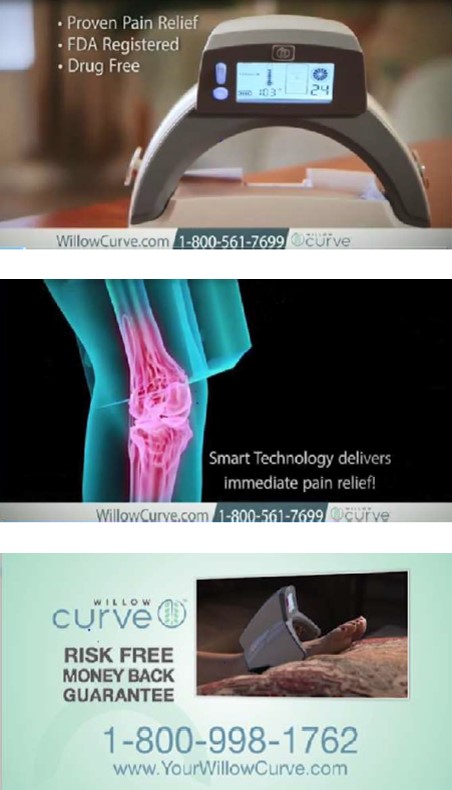 What’s more, the defendants claimed to have clinical studies to support what they said about Willow Curve and that the FDA had reviewed and approved the device for its advertised pain relief and other health benefits. The FTC challenges those claims as false.

The complaint also alleges the defendants advertised a “risk-free” and “money-back” guarantee for consumers if they were “not completely satisfied” within a specified time period. But the FTC says in many instances, the defendants required consumers to jump through hoops to get the hefty purchase price back – for example, by first undertaking a regimen of 92 “treatments” over a 180-day period. According to the complaint, those requirements were hidden behind hyperlinks or buried in paperwork in the Willow Curve box. Despite the defendants’ claim that they issued refunds within seven to ten business days, the FTC says some people never got their money back. Others got a refund a year or more later or only after reporting the defendants to a State Attorney General or the Better Business Bureau. 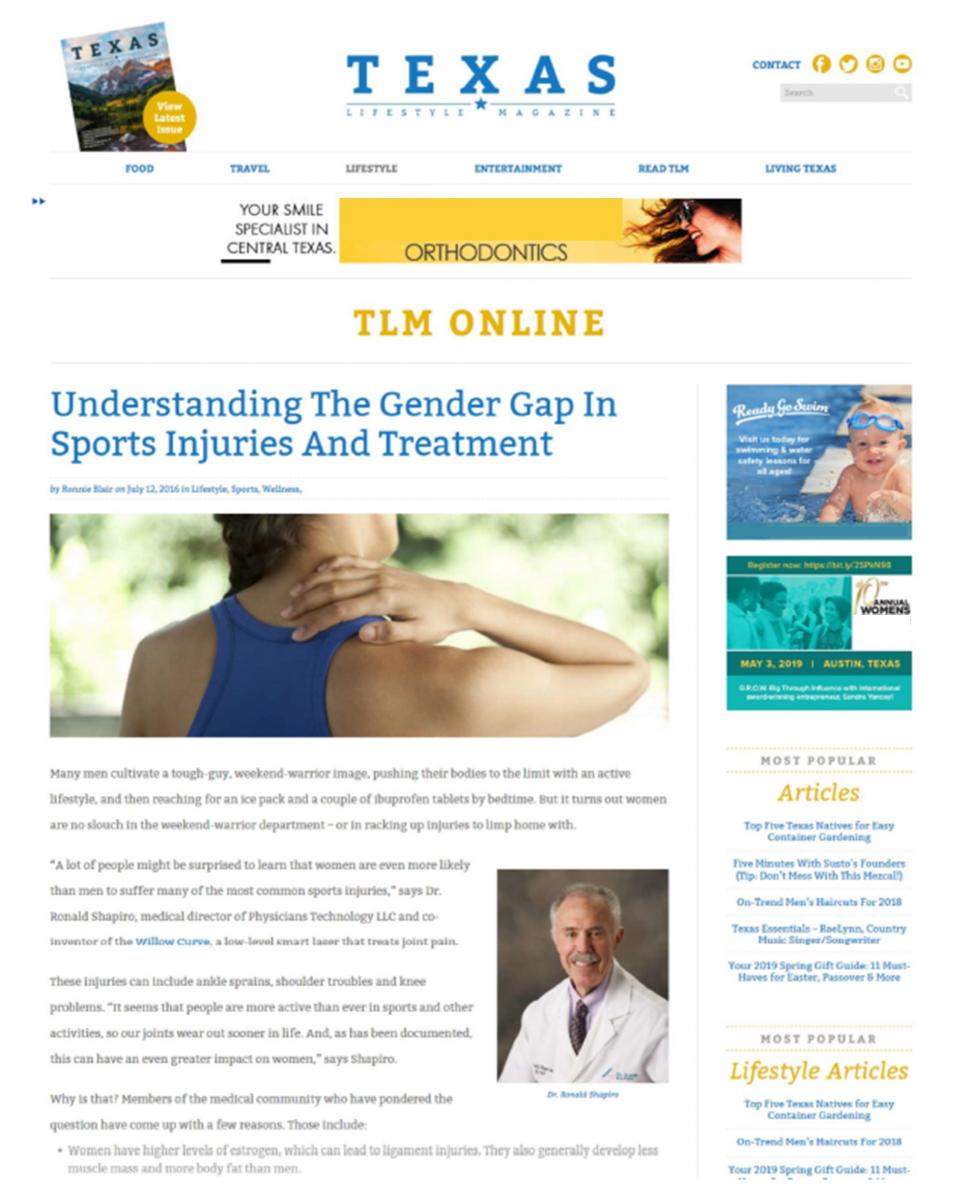 Another notable count relates to the defendants’ use of native advertising. For example, what appeared to be an online magazine article, “Understanding the Gender Gap in Sports Injuries and Treatment,” was actually advertising for Willow Curve. According to the FTC, the defendants hired a marketing company to write this article and others, which looked a lot like the non-advertising content of the magazines and newspapers in which the ads ran. The complaint alleges the articles weren’t identifiable as ads, including when consumers posted or shared them on social media or in email.

The settlement includes a judgment of $22 million, which – based on the defendants’ financial condition – will be partially suspended when defendants Shapiro and Sutton each pay $200,000. Among other things, the proposed order requires the defendants to have randomized, double-blind, and placebo-controlled testing to support a broad range of pain relief claims. The order also prohibits them from representing expressly or by implication that advertising is a statement or opinion from an independent publisher or source.

The case illuminates some issues of interest to advertisers.

Support pain relief claims with sound science.  There’s a predictable cycle. As more consumers experience chronic and serious pain, more marketers position their products as purported remedies. What comes next? Law enforcement attention to allegedly unsubstantiated claims. Break the chain by ensuring your pain relief promises are backed by proper proof. That includes how consumers are likely to interpret your claims of FDA clearance or approval.

Avoid the refund run-around.  The prospect of a hassle-free refund is highly material to consumers who might be on the fence about a purchase. If your “money-back guarantee” comes with conditions, clearly disclose them before consumers buy the product and honor your promises when they want their money back.

Advertising shouldn’t masquerade as independent content.  Native advertising may be new(ish) terminology, but the FTC’s concerns about deceptive advertising formats date back decades. Could it be time for your company to review the FTC’s Enforcement Policy Statement on Deceptively Formatted Advertisements and Native Advertising: A Guide for Businesses?