Consumers rely on independent reviews and recommendations in deciding what to buy. That’s why the FTC wasn’t jumping for joy to learn that marketers of trampolines were touting their products through the use of misleading review websites and deceptive endorsements. 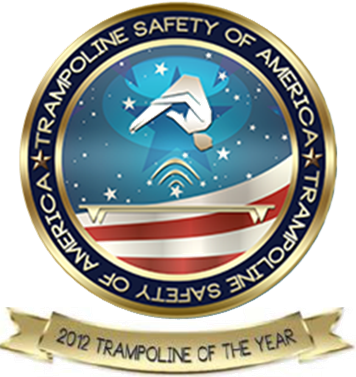 Anaheim-based Sonny Le and Bobby Le sold trampolines – primarily the Infinity and Olympus Pro brands – through three websites. Those sales sites prominently displayed the logo of “Trampoline Safety of America,” with some logos bearing the additional flourish of “Trampoline of the Year.”

The respondents’ sales sites also featured links to the “Bureau of Trampoline Review,” which claimed to be an “independent research organization” that subjects products to “rigorous testing” on “safety, reliability, and performance.” According to the Bureau, “we are not paid by any sponsors or manufacturers, so our data are unbiased nor [sic] influenced.”

Another logo on the respondents’ sales sites sent people to “Top Trampoline Review,” which billed itself as “the watchdog organization for Trampoline Safety.” Surprise, surprise – Infinity and Olympus Pro models were described as “four of the best trampolines available on the market today.”

A purported “Trampoline Mom” blog featured a comment recommending products sold by the respondents. Then there was the YouTube comment that recommended the Infinity as “the best trampoline that I’ve ever owned” and critiqued a competitor by name, claiming it was “crap” that rusted in two years.

The complaint challenges a host of false and misleading claims on those purportedly independent review sites. The FTC also says the respondents violated the FTC Act when Mr. Le posted favorable reviews for Infinity and Olympus Pro trampolines without disclosing his financial interest in promoting them. The proposed settlement prohibits a broad category of misrepresentations about reviews, as well as deceptive claims about tests, studies, or other research. In addition, the respondents will have to clearly disclose any unexpected material connections they or their affiliates have to consumers, reviewers, or endorsers. You can file a comment about the proposed settlement by June 30, 2017.

Here are some suggestions for avoiding a review snafu.

Whose reviews are whose?  Favorable buzz can give a product a bounce, but advertisers can take a legal tumble by creating fake review sites, using misleading third-party endorsements or seals, or touting their products on independent sites without disclosing that the recommendation came from someone connected to the company.

Need to disclose material connections? Don’t get it twisted.  If there’s a connection between an advertiser and a reviewer that consumers wouldn’t expect, clearly and conspicuously disclose it. That applies both to raves about your own products or services and unfavorable references to competitors. (The terms of any settlement apply just to the company in question, of course, but the definition of “clearly and conspicuously” in the proposed order offers insights into factors to consider.)

When using reviews and endorsements in your marketing, look before you leap.  The Endorsement Guides offer practical advice on keeping your claims on the up-and-up. In addition, The FTC’s Endorsement Guides: What People Are Asking answers the questions businesses have put to us.