Fundraiser Outreach Calling’s telephone pitches were persuasive. Generous Americans opened their hearts and wallets to fund personal care packs for hospitalized veterans, support services for women with breast cancer, “financial assistance for families of officers killed in the line of duty,” and other charitable programs – or so they thought. According to a lawsuit filed by the FTC and the Attorneys General of New York, Virginia, Minnesota, and New Jersey, the “charities” were bogus, distributing pennies on the dollar toward the stated causes, while Outreach Calling pocketed the lion’s share. The settlement with Outreach Calling and its sprawling network of affiliated companies and individuals suggests compliance tips for charities and professional fundraisers and advice for donors on making their contributions really count.

The complaint recaps the central role Outreach Calling played in the overall scheme. According to the FTC and AGs, among other things, the defendants drafted scripts, provided telemarketers with call lists, wrote mailers, and managed the telemarketing and financial services at the heart of the operations. Indeed, they orchestrated pretty much every aspect of their charity clients’ funding, from the suspect start to the flagrant finish. What do we mean by “suspect start”? In one instance, the defendants convinced a doctor interested in raising money to provide prosthetics and treatment for Israelis injured by explosive devices to shift his fundraising focus to breast cancer, arguing that it was a more popular cause.

As for the flagrant finish, consider the example of the National Vietnam Veterans Foundation. Outreach Calling’s contract with the “Foundation” specified that Outreach retained 89% of the funds it raised, giving the group only 11%. Indeed, from 2010 through 2016, the defendants raised over $28 million from generous donors moved by their stories of destitute veterans, with Outreach ultimately pocketing over $25 million. What’s more, the amount the National Vietnam Veterans Foundation took in went to fund the president of that group’s lavish lifestyle – conduct that ultimately resulted in his imprisonment for wire fraud.

Among other things, the proposed settlements ban the defendants for life from participating in any charity fundraising. For other forms of fundraising, they must clearly inform consumers up front that their donations aren’t for charity and aren’t tax-deductible. Much of the $56 million financial judgment will be suspended based on the defendants’ inability to pay, but the money that is available will be distributed by the State of New York on behalf on New York, Virginia, and New Jersey to legitimate charities that further the causes that donors intended to support.

What can fundraisers, charities, and businesses take from the settlement this case.

United we stand. One message of the joint federal-state lawsuit should be clear. The FTC and the AGs of New York, Virginia, Minnesota, and New Jersey stand together in the fight against those who attempt to cloak illegal conduct with the mantle of charity.

Fundraisers, raise the hood before saying yes to a potential new client. Given the breadth of your liability under the Telemarketing Sales Rule, professional fundraisers should exercise due diligence when they’re thinking about taking on a new charity. You’ll be the one making representations to potential donors, so you could be on the hook for any deceptive claims. To avoid lending a hand to a scam, ask questions up front. Look at the charity’s IRS 990 filings. Evaluate their governance and compliance procedures. Check press coverage about the company and its higher-ups to see if state regulators have shown them the yellow card. Ask for concrete information about their causes and campaigns.

Charities, undertake a 360° review before hiring a fundraiser. In the words of Thomas Paine, “Character is much easier kept than recovered.” Teaming up with a questionable contractor can injure any business, but the wound could be fatal for a charity. Just as fundraisers should examine your track record, you should be looking into theirs. Has the fundraiser, its officers, or managers been called on the carpet by state regulators? Frequent corporate name changes could signal an attempt to evade enforcement. What’s the reputation of their other clients? And are they advising you to deviate from your mission in a way that raises red flags?

Businesses, check it out before sending a check. Business executives can play two key roles in cutting off the flow of cash to questionable charities and fundraisers. First, when selecting recipients for your personal and corporate contributions, apply your well-honed sense of skepticism. Look beyond the name. Many iffy outfits intentionally choose sound-alikes to dupe contributors into thinking their money is going to established institutions. Don’t make immediate donations in response to cold calls. Legitimate groups won’t pressure you to make an on-the-spot commitment. Investigate the percentage of funds that go directly to charitable programs vs. administrative costs and ask specifically if donations are tax deductible. The FTC has tips and links to help you donate wisely. Also, as a business owner, you may play a key leadership role in charitable organizations in your community. If a group you work with is thinking about hiring a professional fundraiser, bring your street savvy to process of vetting them and monitoring what they do.

Watch this video for more advice on making your charitable contribution count. 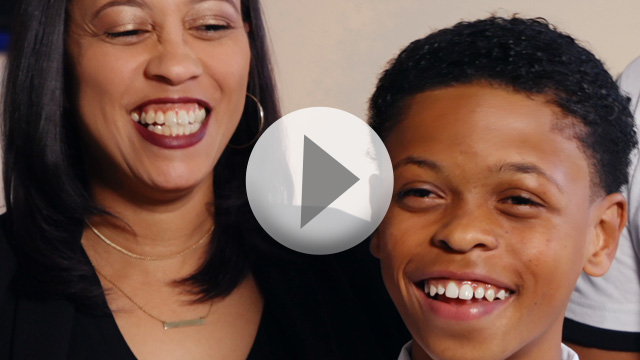