Blessings in No Time: A blessing – or a pyramid scheme?

Call it a “blessing.” Call it a “loom.” In a case just filed in federal court, the FTC and the State of Arkansas use another phrase to describe what the operators of the Blessings in No Time investment program are up to. We call it a pyramid scheme.

According to the complaint, the people behind Blessings in No Time use “blessing looms” to lure consumers in with false promises of returns as high as 800%. What’s more, the operators primarily target African American consumers, pitching it as a community-oriented program that will allow members to “do everything from pay[ing] for your own surgery to fulfill[ing] a student’s dream of attending college – and so much more.” But like other pyramid schemes, the lawsuit alleges that most people who turn over their hard-earned savings – a minimum of $1,400 and as much as $62,700 – lose money. 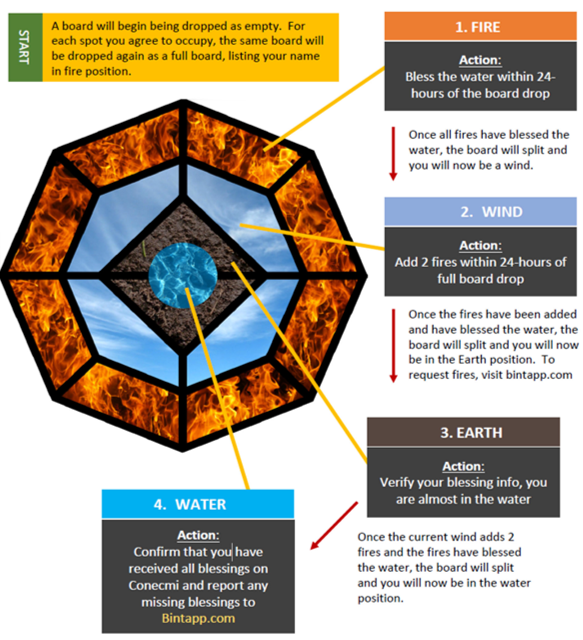 The FTC and Arkansas say that the operators of Blessings in No Time coordinate payments (called “blessings”) between members using playing boards with multiple levels. In one version of the scheme, the playing board has four levels with 15 spots. Members on the second level recruit new participants to join their playing board on the first level. Once a board has been filled with new recruits who have paid the person at the center, that person is removed, having been – to use the defendants’ wording – “blessed out.” The board is then split into two new boards with the remaining members moving up one level toward the center.

Blessings in No Time illustrates its operations with a chart designating the different levels as Fire, Wind, Earth, and Water and directing participants to “Bless the water within 24 hours of the board drop.” What’s that mean? Simply put, hand over your cash.

If it sounds complicated, that’s because it is. And as the lawsuit alleges, it’s also illegal. In addition, the complaint, which names Texas-based BINT Operations LLC, LaShonda Moore, and Marlon Moore, charges that the defendants have falsely assured participants they won’t lose money and can withdraw at any time with a full refund.

With people struggling to stay afloat due to the pandemic, dollars-and-cents deception can be particularly harmful. Furthermore, even at this early stage, the case serves as a warning against variations on old-school financial schemes repackaged to target specific communities of consumers.

If a friend or family member is thinking about investing in an operation that your savvy business sense suggests could be bogus, share these tips from the FTC about how to spot a pyramid scheme.