Companies Will Pay a Total of $5.5 Million and Will Halt Deceptive Environmental Claims
April 8, 2022

The Federal Trade Commission used its Penalty Offense Authority today to take action against national retailers Kohl’s, Inc. and Walmart, Inc. for falsely marketing dozens of rayon textile products as bamboo. Both companies also are charged with making deceptive environmental claims, touting that the “bamboo” textiles were made using ecofriendly processes, while in reality converting bamboo into rayon requires the use of toxic chemicals and results in hazardous pollutants.

The Commission has asked the court to order Kohl’s and Walmart to stop making deceptive green claims or using other misleading advertising, and pay penalties of $2.5 million and $3 million, respectively, by far the largest penalties in this area. The complaints and proposed orders were filed by the U.S. Department of Justice on the FTC’s behalf.

“Kohl’s and Walmart are paying millions of dollars under the FTC’s Penalty Offense Authority for mislabeling their rayon products as bamboo,” said Samuel Levine, Director of the FTC’s Bureau of Consumer Protection. “False environmental claims harm both consumers and honest businesses, and companies that greenwash can expect to pay a price.”

The FTC’s complaints against Kohl’s and Walmart are similar in their structure and allegations. According to the complaints, since at least January 2015, Kohl’s, headquartered in Menomonee Falls, Wisconsin, and Walmart, based in Bentonville, Arkansas, have each marketed at least two dozen items as made of bamboo in both product titles and descriptions. In addition, the companies have marketed some of the “bamboo-derived” products as providing general environment benefits, such as being produced “free of harmful chemicals, using clean, non-toxic materials.” 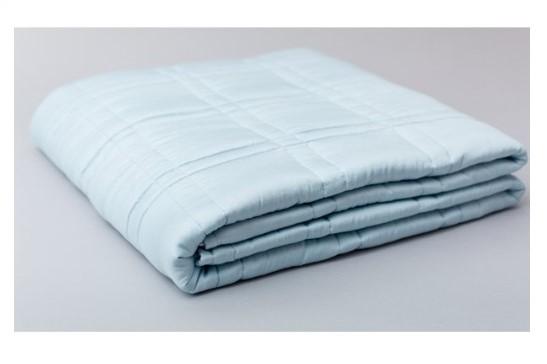 As the complaints allege, Kohl’s and Walmart’s supposed “bamboo” textiles are actually made of rayon derived from bamboo, which was not disclosed to consumers, in violation of the FTC Act and the Textile Act and Rules. Further, the complaints allege the claimed environmental benefits of the products are false and misleading because the rayon manufacturing process uses toxic chemicals and results in the emission of hazardous pollutants.

The proposed orders settling the FTC’s complaints against Kohl’s  and Walmart prohibit the companies from conduct alleged in the complaint. The companies must:

The FTC’s Penalty Offense Authority enables the agency to seek civil penalties provided that: 1) the company knew the conduct was unfair or deceptive in violation of the FTC Act; and 2) the FTC had already issued a written decision that such conduct is unfair or deceptive. Over the last six months, the Commission has revived this authority and expanded it to address false earnings claims, false job placement claims, and deceptive reviews.

In conjunction with this announcement, the FTC is reviving additional Notices of Penalty Offenses that were issued in the 1970s or 1980s but remain valid and relevant today. These notices cover, for example, textiles, energy savings, fur products, home improvement products, auto rentals, bait and switch, toys, and weight reduction. Businesses in these industries should familiarize themselves with the Commission’s determinations in these areas.

NOTE: The Commission authorizes the filing of a complaint when it has “reason to believe” that the named defendants are violating or are about to violate the law and it appears to the Commission that a proceeding is in the public interest. Consent orders have the force of law when approved and signed by the District Court judge.