FTC to VoIP Providers: Turn over Information for Robocall Investigations or Prepare to be Sued in Federal Court

At the request of the Federal Trade Commission, federal courts in California ordered two Voice-over-Internet Protocol (VoIP) service providers to turn over information that the agency is seeking as part of ongoing investigations into potentially illegal robocalls. Companies that fail to comply with such federal court orders can be held in contempt.

“Companies that receive FTC Civil Investigative Demands must promptly produce all required information,” said Samuel Levine, Director of the FTC’s Bureau of Consumer Protection. “These demands are not voluntary. Companies that don’t respond fully, or don’t respond at all, will have to answer to a federal district court judge, as these cases demonstrate.” 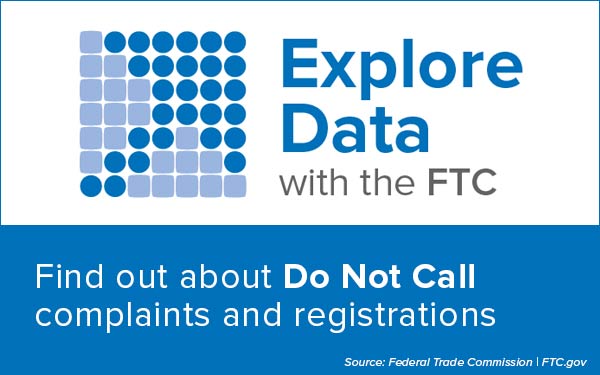 VoIP service providers are companies that facilitate the transmission of telephone calls over the Internet. As billions of illegal telemarketing calls and robocalls pass through VoIP service providers each year, the FTC has worked to ensure they do not transmit illegal calls – especially those coming from overseas.

The Commission frequently issues Civil Investigative Demands (CIDs) to VoIP service providers that carry potentially illegal calls to collect important information to help stop the calls, including information about the company’s customers and efforts to comply with the Telemarketing Sales Rule.

The first order announced today requires VoIP service provider XCast Labs, Inc. (XCast), headquartered in Los Angeles, California, to comply with a CID issued as part of an FTC investigation into a series of illegal robocalls. Although the CID directed XCast to produce selected information and documents by the end of February 2021, the company produced only a small fraction of the required information, even after receiving an extension of the response deadline from Commission staff. When further efforts to work cooperatively with XCast proved unsuccessful, the Commission filed a petition in federal court seeking to compel compliance with the CID.

In response to that petition, a United States magistrate judge issued a report in December 2021 concluding “that the FTC is entitled to enforcement of the remainder of the CID,” and recommending that the district judge enter an order requiring XCast to comply. The district judge accepted that recommendation in January and issued an order  compelling XCast’s compliance with the CID.

When Deltracon failed to respond to that CID, the Commission went to federal court to enforce compliance, explaining that neither the company nor its principals had responded to the CID, which “materially impeded the FTC’s investigation.” The court granted the FTC’s petition, and in response, Deltracon finally turned over all the required information.

The FTC previously has charged VoIP service providers who facilitate the transmission of illegal calls with violating the FTC Act and the TSR. Most recently, the Commission sued Alcazar Networks Inc. and its owner, charging them with facilitating illegal telemarketing calls by, among other things, knowingly providing VoIP services to an Indian company that fraudulently displayed “911” as the caller ID number and dialed calls impersonating the Social Security Administration.

The court order settling the FTC’s charges prohibits the defendants from violating the TSR or assisting anyone else in doing so. The order also permanently bans Alcazar Networks from assisting telemarketers or overseas customers with dialing robocalls or calls to phone numbers on the DNC Registry.