Defendants deceptively claimed Quell treats chronic pain throughout the body from a single placement below the knee
March 4, 2020

Under a settlement with the Federal Trade Commission, the marketers of an electrical nerve stimulation device called Quell have agreed to pay at least $4 million and stop making deceptive claims that the device treats pain throughout the body when placed below the knee and is clinically proven and cleared by the Food and Drug Administration (FDA) to do so.

The order settling the FTC’s allegations bars the marketers of Quell from making such pain-relief claims unless they are true, not misleading, and supported by competent and reliable scientific evidence; prohibits misrepresentations about clinical proof or the scope of FDA clearance for any device; and requires them to pay redress. 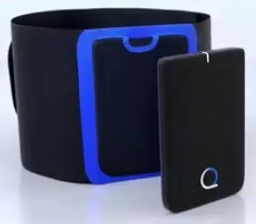 Since 2015, Massachusetts-based NeuroMetrix, Inc. and its CEO, Shai Gozani, have sold Quell, a transcutaneous electrical nerve stimulation device designed to be placed below a user’s knee, according to the FTC’s complaint.

In addition to barring the defendants’ deceptive claims, the order imposes a $4 million judgment against the defendants, which must be paid to the FTC within 30 days, and requires them to turn over up to an additional $4.5 million in future foreign licensing payments.

NOTE: The Commission files a complaint when it has “reason to believe” that the named defendants are violating or are about to violate the law and it appears to the Commission that a proceeding is in the public interest. Stipulated final judgments and orders have the force of law when signed and entered by the District Court judge.