The Federal Trade Commission is looking to expand the technological arsenal that can be used in the battle against illegal phone spammers by challenging DEF CON 22 attendees to build the ultimate “honeypot” to lure in and identify perpetrators of illegal robocalls. A robocall honeypot is an information system designed to attract robocallers, which can help experts and law enforcement authorities understand and combat illegal calls. 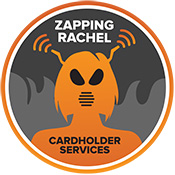 The new FTC challenge, called “Zapping Rachel”, will consist of three stand-alone contests hosted Aug 7-10, 2014, at one of the world’s oldest and largest hacker conferences. This challenge is another step in the FTC’s ongoing campaign against illegal, prerecorded telemarketing calls. In 2012, the agency hosted its first public robocall challenge, which garnered nearly 800 submissions, and stimulated the market to produce new robocall blocking technologies for consumers.

Complete rules will be posted to Challenge.gov in advance of the contest.

If consumers receive a robocall, they should report it to the Commission’s Do Not Call Complaint Assistant. For consumer tips and more information about the agency’s enforcement efforts against telemarketing scams, see www.ftc.gov/robocalls.