The developer of a period and fertility-tracking app used by more than 100 million consumers has settled Federal Trade Commission allegations that the company shared the health information of users with outside data analytics providers after promising that such information would be kept private.

The proposed settlement requires Flo Health, Inc. to, among other things, obtain an independent review of its privacy practices and get app users’ consent before sharing their health information.

In its complaint, the FTC alleges that Flo promised to keep users’ health data private and only use it to provide the app’s services to users. In fact, according to the complaint, Flo disclosed health data from millions of users of its Flo Period & Ovulation Tracker app to third parties that provided marketing and analytics services to the app, including Facebook’s analytics division, Google’s analytics division, Google’s Fabric service, AppsFlyer, and Flurry.

According to the complaint, Flo disclosed sensitive health information, such as the fact of a user’s pregnancy, to third parties in the form of “app events,” which is app data transferred to third parties for various reasons. In addition, Flo did not limit how third parties could use this health data.

Flo did not stop disclosing this sensitive data until its practices were revealed in a news article in February 2019, which prompted hundreds of complaints from the app’s users.

As part of the proposed settlement, Flo is prohibited from misrepresenting the purposes for which it or entities to whom it discloses data collect, maintain, use, or disclose the data; how much consumers can control these data uses; its compliance with any privacy, security, or compliance program; and how it collects, maintains, uses, discloses, deletes, or protects users’ personal information. In addition, Flo must notify affected users about the disclosure of their personal information and instruct any third party that received users’ health information to destroy that data. 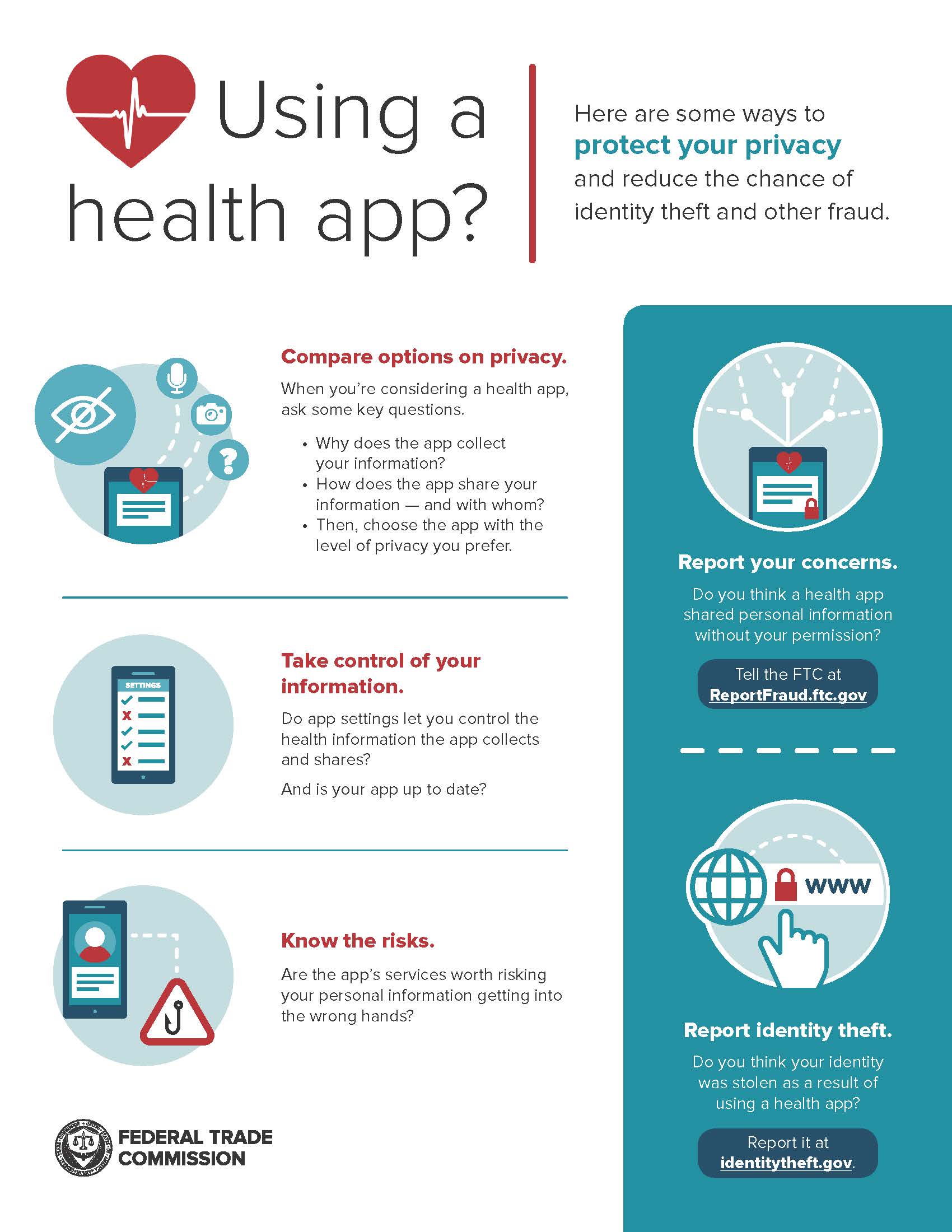 The FTC also issued guidance to consumers about health apps, with tips for consumers on how to select and use these types of apps while reducing privacy risks.

The Commission voted 5-0 to accept the proposed administrative complaint and the consent agreement with the company. Commissioners Rohit Chopra and Rebecca Kelly Slaughter issued a joint statement concurring in part and dissenting in part, while Commissioner Noah Joshua Phillips issued a separate statement.

The FTC published a description of the consent agreement package in the Federal Register. The agreement will be subject to public comment until March 1, 2021 after which the Commission will decide whether to make the proposed consent order final. Instructions for filing comments will appear in the published notice. Once processed, comments will be posted on Regulations.gov

Blog: Does Your Health App Protect Your Sensitive Info?