Warning letters are part of coordinated campaign to combat illegal telemarketing
May 20, 2020

The Federal Trade Commission today sent joint letters with the Federal Communications Commission (FCC) to three companies providing Voice over Internet Protocol (VoIP) services, warning them that routing and transmitting illegal coronavirus-related scam robocalls is itself illegal and may lead to federal law enforcement against them.

The agencies allege that two of the providers are routing coronavirus-related fraud robocalls originating overseas. The letters follow three joint FTC/FCC warning letters sent to VoIP service providers in early April. Today’s letters, like the ones sent last month, alert the recipients that they have been identified as routing and transmitting coronavirus-related scam robocalls, and tell them to stop such conduct immediately or face potential law enforcement actions.

“We expect nothing less from these providers than shutting down this scam robocall traffic,” said FCC Chairman Ajit Pai. “These companies can access our nation’s phone networks to provide legitimate services to consumers and businesses, not to facilitate floods of scam robocalls. They need to stop this traffic and not let it back on their networks—or face losing their access to the American phone system.”

The agencies sent a separate letter to USTelecom – The Broadband Association (USTelecom), a trade association that represents U.S.-based telecommunications-related businesses. The letter thanks USTelecom for identifying and mitigating fraudulent robocalls that are taking advantage of the coronavirus national health crisis, and notes that the USTelecom Industry Traceback Group (Traceback Group) has helped identify various entities that appear responsible for originating or transmitting coronavirus-related scam robocalls.

The letter further notifies USTelecom that if, after 48 hours of the release of the letter, any of the specified originating or gateway providers continue to route or transmit the specified originators’ robocalls on American networks, the FCC will: 1) authorize other U.S. providers to block all calls coming from that gateway or originating provider; and 2) authorize other U.S. providers to take any other steps as needed to prevent further transmission of unlawful calls from the originator.

The letters notify the recipients that the FTC and FCC obtained information about their conduct working in conjunction with the Traceback Group. The letters to Intelepeer and PTGi also state that the companies refused to disclose to the Traceback Group the names of those responsible for initiating the calls, making it difficult for U.S. providers to protect consumers from illegal robocall traffic.

Refusing to cooperate with the Traceback Group is “particularly problematic,” the letters state, in that hampering U.S. authorities’ ability to identify and stop malicious robocalls capitalizes on public anxiety about the ongoing global health crisis. 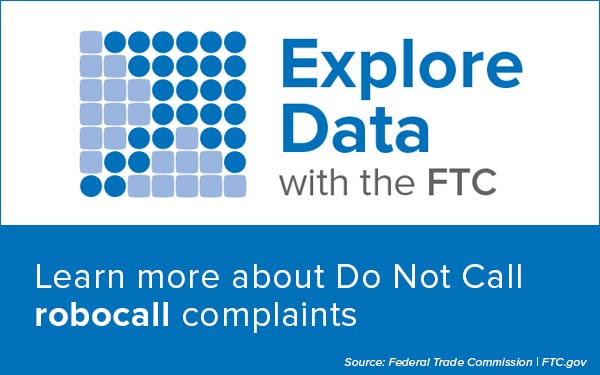 As noted in previous warning letters, the FTC may take legal action independently if it finds VoIP service providers or others are assisting a seller or telemarketer who they know, or consciously avoid knowing, is violating the agency’s Telemarketing Sales Rule (TSR). The FTC can seek civil penalties and court injunctions to stop TSR violations. It also can seek money to refund to consumers who were defrauded via illegal telemarketing calls.

Updated statistics about the number of Do Not Call complaints show a drop in complaint volume. View the latest statistics here.