New data released by the Federal Trade Commission shows that FTC actions led to more than $232 million in refunds to consumers across the country in 2019.

A core part of the FTC’s mission is to return money to consumers who are harmed by illegal business practices. Over the last four years, consumers have cashed more than $1 billion in FTC refund checks.

In addition to refunds, the newly released data also shows that the FTC received 3.2 million reports to its Consumer Sentinel Network in 2019. Reports from around the country about consumer protection issues are a key resource for FTC investigations that stop illegal activities and, when possible, provide refunds to consumers.

The most common type of fraud reported to the FTC in 2019 was imposter scams; government imposter scams, in particular, were the most frequently reported, and up more than 50 percent since 2018. Of all reports received, the top categories were identity theft, imposter scams, telephone and mobile services, online shopping, and credit bureaus. 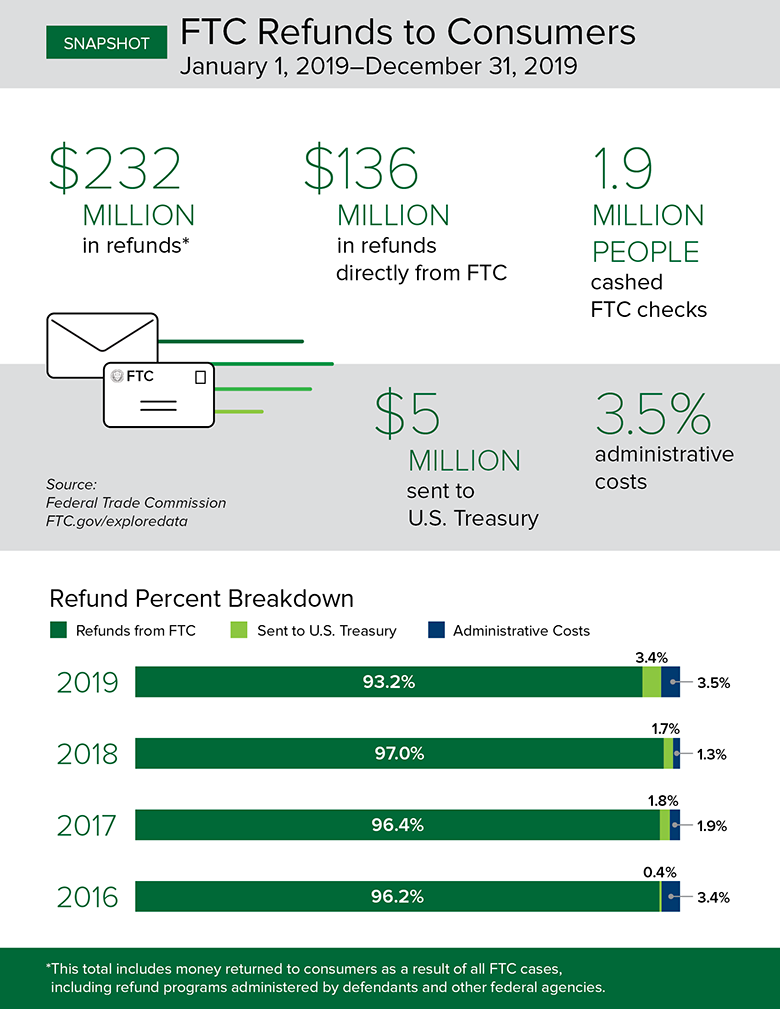 The FTC Act allows the FTC to seek refunds from companies whose actions harm consumers.

During 2019, more than 1.9 million consumers cashed FTC checks received as a result of law enforcement cases. When consumers don’t cash their refund checks, the FTC uses that money to send additional mailings to ensure the maximum amount of money is returned to consumers. Any remaining refund money is sent to the U.S. Treasury.

For the first time, data about the FTC’s refund program will be available online in an interactive dashboard, including state-by-state and case-by-case breakdowns of the amount refunded to consumers. The dashboard is available at ftc.gov/exploredata. 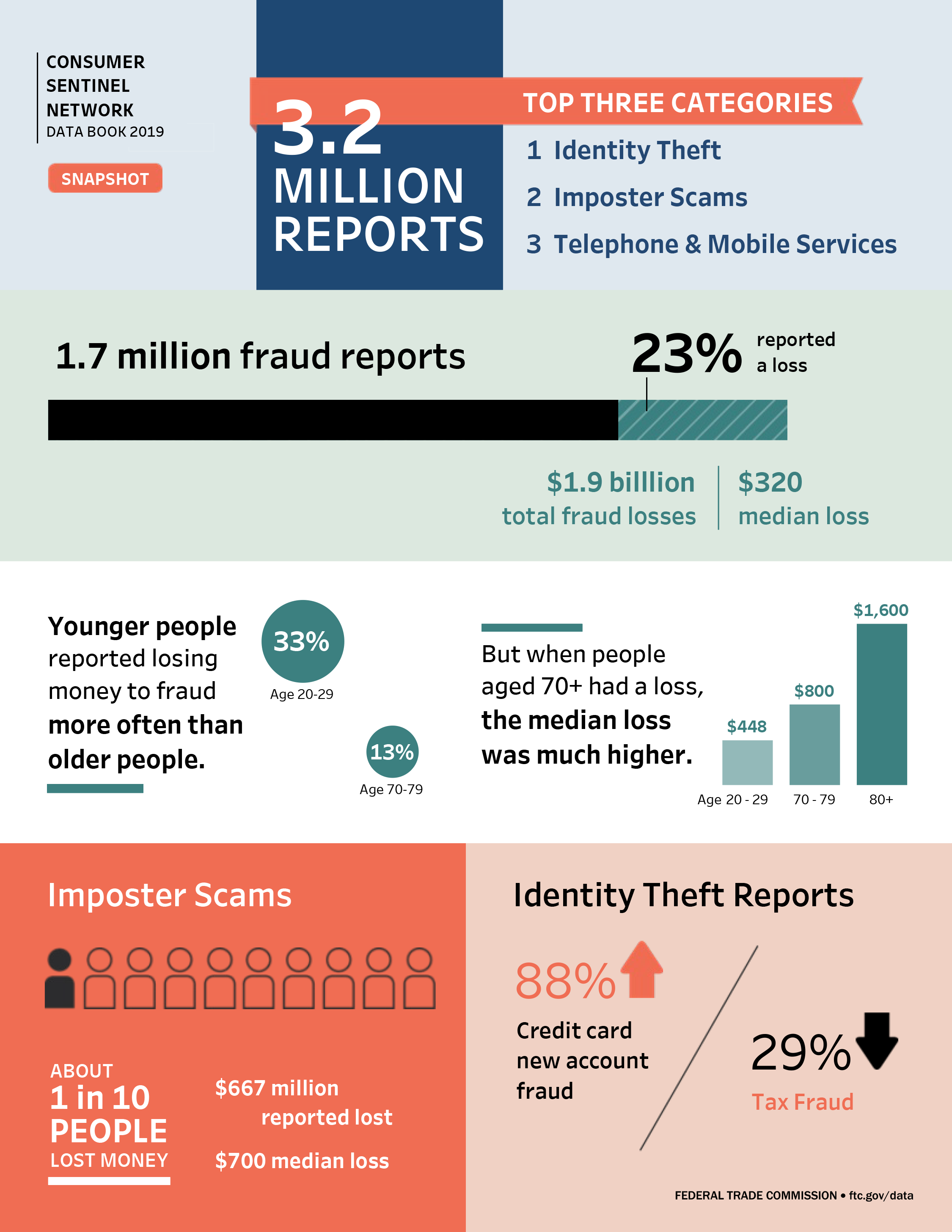 The FTC’s Consumer Sentinel Network is a database that receives reports directly from consumers, as well as from federal, state, and local law enforcement agencies and a number of private partners. The network received 3.2 million reports in 2019, including nearly 1.7 million fraud reports as well as identity theft and other reports.

Consumers reported losing more than $1.9 billion to fraud in 2019, with nearly $667 million lost to imposter scams alone. While scammers target consumers using every possible method of communication, phone calls were the most common. A small percentage of consumers who reported they encountered a fraud over the phone said they actually lost money. When they did, the median individual loss was more than $1,000.

The FTC uses the reports it receives through the Sentinel network as the starting point for most of its law enforcement investigations, and the agency also shares these reports with more than 2,500 law enforcement users around the country. While the FTC does not respond to individual complaints, Sentinel reports are a vital part of the agency’s law enforcement mission.