Moonlight Slumber could not support claims its products are organic, free of volatile organic compounds
September 28, 2017

Moonlight Slumber, LLC, an Elgin, Illinois-based firm that advertised its baby mattresses as organic and free of volatile organic compounds (VOCs), has agreed to settle Federal Trade Commission charges that it misrepresented or could not support its claims to consumers. The case is the FTC’s first challenging “organic” product claims.

The FTC’s administrative complaint charges that in marketing and advertising its baby mattresses, Moonlight Slumber misrepresented a range of claims on its website and in its packaging. For example, the complaint alleges the company represented that its Starlight Simplicity and Little Star mattresses are “organic.” According to the FTC, however, very little of the mattresses were made from organic material. 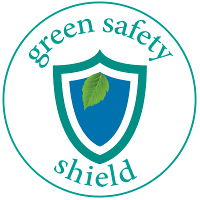 The complaint also alleges that the company falsely claimed that testing proves “that there are no VOCs (volatile organic compounds, commonly known as ‘Off Gassing’) from Moonlight Slumber products.”

Finally, the complaint states that the company represented that its mattresses were certified by the “Green Safety Shield” in its ads, but failed to disclose that the Green Safety Shield was Moonlight Slumber’s own designation, and that it awarded it to its own products.

The proposed order settling the FTC’s charges prohibits Moonlight Slumber from making misleading representations regarding whether any mattress, blanket, pillow, pad, foam-containing product, or sleep-related product is organic, natural, or plant-based; regarding the emissions from such products; or about the general environmental and health benefits of such products. It also requires the company to have competent and reliable evidence, including scientific evidence when appropriate, to support any claims in these areas.

Next, the proposed order prohibits Moonlight Slumber from representing that covered products are emissions-free or VOC-free, unless the representations are non‑misleading and the company has competent and reliable scientific evidence substantiating them.

The agreement will be subject to public comment for 30 days, beginning today and continuing through October 30, 2017, after which the Commission will decide whether to make the proposed consent order final. Interested parties can submit comments electronically by following the instructions in the “Invitation to Comment” part of the “Supplementary Information” section.

Moonlight Slumber, In the Matter of