The Federal Trade Commission and the Department of Justice signed an antitrust cooperation agreement today with Peru’s National Institute for the Defense of Competition and the Protection of Intellectual Property (INDECOPI).  The agreement will promote increased cooperation and communication among the competition agencies in both countries.  The agreement was signed in Washington, D.C., by FTC Chairwoman Edith Ramirez, Principal Deputy Assistant Attorney General Renata Hesse, head of the Justice Department’s Antitrust Division, and Chairman Hebert Tassano of INDECOPI, and went into effect upon signature.

“We have been partners with INDECOPI since its inception and are delighted to further enhance our already strong relationship through this agreement,” Chairwoman Ramirez said. “This agreement embodies the commitment to cooperation that has existed between the U.S. agencies and INDECOPI, and will facilitate cooperation to protect the competitive marketplaces that benefit consumers in both of our countries as well as in this hemisphere.”

"Markets in the United States and Peru, and throughout the Americas, are increasingly linked," said Principal Deputy Assistant Attorney General Hesse.  "In this environment, international cooperation on antitrust enforcement is vital to protecting our economies against threats to competition. We have longstanding ties to competition enforcers in Peru, and this agreement strengthens the tools we have to work together to provide our businesses and consumers with the benefits of open and competitive markets." 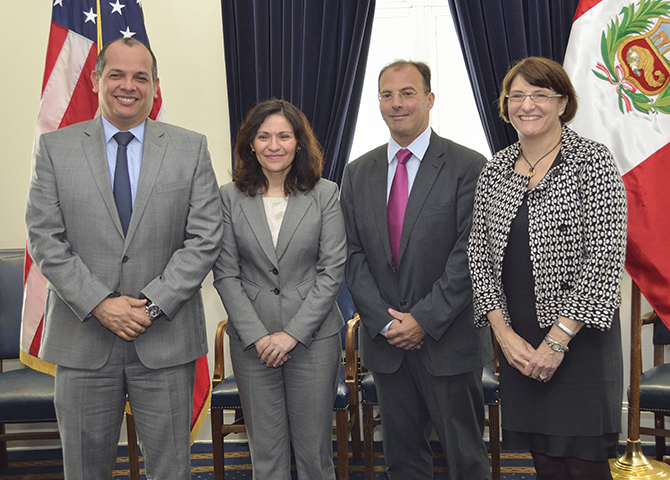 The U.S. antitrust agencies and INDECOPI have developed a strong working relationship since INDECOPI’s inception in 1993, exchanging views on antitrust policy and, as appropriate, cooperating on investigations.  Today’s agreement will further enhance these relations.

The agreement with INDECOPI is the U.S. antitrust agencies’ fifth antitrust cooperation arrangement in Latin America, following those reached with Brazil (1999), Mexico (2000), Chile (2011), and Colombia (2014).

The Commission vote authorizing Chairwoman Ramirez to sign the MOU on behalf of the agency was 3-0.