Offered Low-Interest-Rate Mortgages as "Fixed," when Rates Were Adjustable and Could Increase
May 8, 2014

An online operation in the business of finding potential borrowers for mortgage companies will pay a $225,000 civil penalty to settle Federal Trade Commission charges that it deceived consumers about the terms of the mortgages.

“Buying a home is one of the most important financial decisions a consumer can make,” said Jessica Rich, Director of the FTC’s Bureau of Consumer Protection. “When companies deceive consumers about the true cost of the mortgages they offer, and consumers take on a mortgage they can’t afford, the harm can last a long time. The FTC’s message is clear: Mortgage advertising must be truthful.”

The FTC charged that GoLoansOnline.com, a Houston, Texas-based lead generator that operates several websites that advertise mortgages, advertised low interest-rate loans as fixed-rate mortgages, when in fact they were adjustable-rate mortgages that could become more expensive for borrowers over time. The company also allegedly failed to include important disclosures, such as the annual percentage rate, amount of downpayment, and repayment terms that figure into the advertised payment amounts and interest rate.  According to the FTC’s complaint, ads appearing on the company’s website stated: 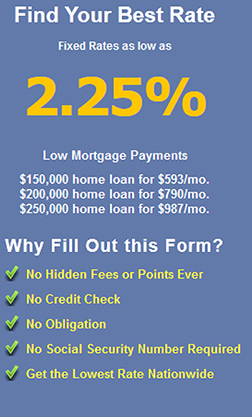 Unlike fixed-rate mortgages, adjustable-rate mortgages carry an interest rate that fluctuates based on credit markets, so the cost to borrowers can increase and decrease over the course of the loan.

It also charges the company with violating the Truth in Lending Act and Regulation Z by advertising false credit terms; failing to disclose the annual percentage rate and whether it will increase after the loan is made; advertising variable-rate mortgages as fixed-rate mortgages; and stating a payment amount without making required disclosures. Under the Truth in Lending Act, when advertisers state a payment amount, they also are required to disclose the amount of the downpayment or its percentage of the payment amount; the terms of the repayment, including repayment obligations over the full term and any required balloon payment; and the annual percentage rate.

Under the terms of the settlement, in addition to paying the $225,000 civil penalty, GoLoansOnline.com is prohibited from:

In 2009, Congress directed the FTC to establish a Rule that would strengthen consumer protections by banning deceptive claims about mortgages. The rule became known as the MAP Rule, or Regulation N.  Section 5 of the FTC Act generally prohibits advertisers from making false or misleading claims.  The Rule parallels this legal principle and allows the FTC to seek civil penalties.

For consumer information about mortgages, see Homes and Mortgages.

NOTE: The Commission authorizes the filing of a complaint when it has “reason to believe” that the law has been or is being violated, and it appears to the Commission that a proceeding is in the public interest. Consent decrees have the force of law when signed by the District Court judge.