The U.S. Federal Trade Commission signed a memorandum of understanding (MOU) with the Information Commissioner’s Office (ICO) of the United Kingdom today to promote increased cooperation and communication between the two agencies in their efforts to protect consumer privacy.

The MOU was signed by FTC Chairwoman Edith Ramirez and the UK’s Information Commissioner and Chief Executive, Christopher Graham. It is designed to bolster their privacy enforcement partnership at a time when more and more consumer information is moving across national borders, increasing the need for cross-border enforcement cooperation. 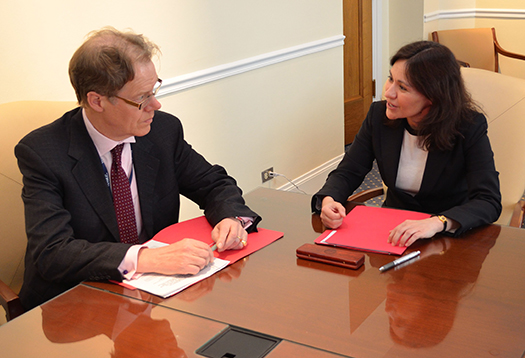 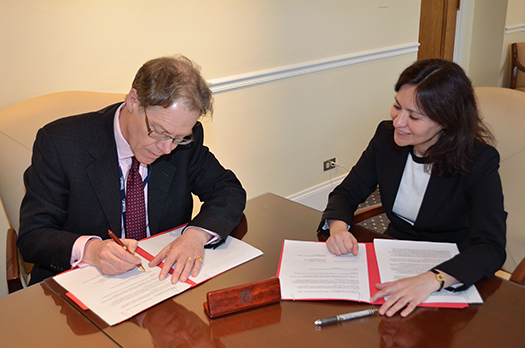 “As consumer data increasingly crosses borders, the FTC needs to be able to work with privacy enforcers around the globe in investigating potential violations of law," FTC Chairwoman Ramirez said. "This arrangement with our UK counterpart will help us cooperate on privacy investigations more effectively.”

UK Information Commissioner Graham said: “The processing of personal information does not stop and start at the national border. In the digital age, national regulators must increasingly work together to protect the rights of consumers. The signing of today’s memorandum of understanding with the Federal Trade Commission is a demonstration of our commitment towards working with our international partners and can only be to the benefit of people in the United States and the United Kingdom.”

Over the last several years, the FTC and the ICO have worked together on numerous investigations and international initiatives to increase global privacy cooperation. The ICO and the FTC are both founding members of the Global Privacy Enforcement Network (GPEN) and the London Action Plan, an anti-spam initiative.

In addition, earlier today the FTC, together with agency officials from the European Union and Asia-Pacific Economic Cooperation (APEC) economies, announced a project mapping two systems for protecting data transferred across borders.  The project maps together the requirements for APEC Cross Border Privacy Rules (CBPRs) and EU Binding Corporate Rules (BCRs). The document, jointly designed by APEC officials and the EU’s Article 29 Data Protection Working Party, is designed to be a practical reference tool for companies that seek “double certification” under these APEC and EU systems, and shows the substantial overlap between the two.  FTC Chairwoman Ramirez introduced the project at a press briefing today, along with Isabelle Falque-Pierrotin, President of the French data protection authority and Chair of the Article 29 Working Party.

The Commission vote authorizing Chairwoman Ramirez to sign the MOU on behalf of the agency was 4-0. 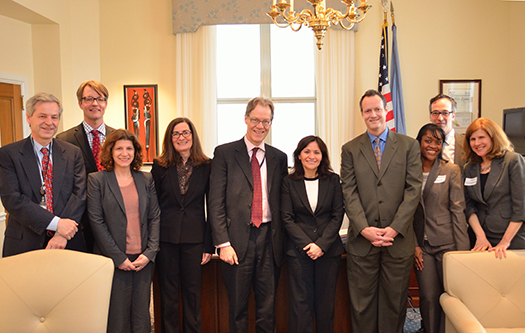 As more U.S. companies and consumers do business overseas, more FTC work involves international cooperation.  The Office of International Affairs serves both as an internal resource to Commission staff on international aspects of their work and as an official representative to numerous international organizations.  In addition, the FTC cooperates with foreign authorities through formal and informal agreements.  The FTC works with more than 100 foreign competition and consumer protection authorities around the world to promote sound policy approaches.  For questions about the Office of International Affairs, send an e-mail to oia@ftc.gov.  Like the FTC on Facebook, follow us on Twitter, and subscribe to press releases and the FTC International Monthly for the latest FTC news and resources.