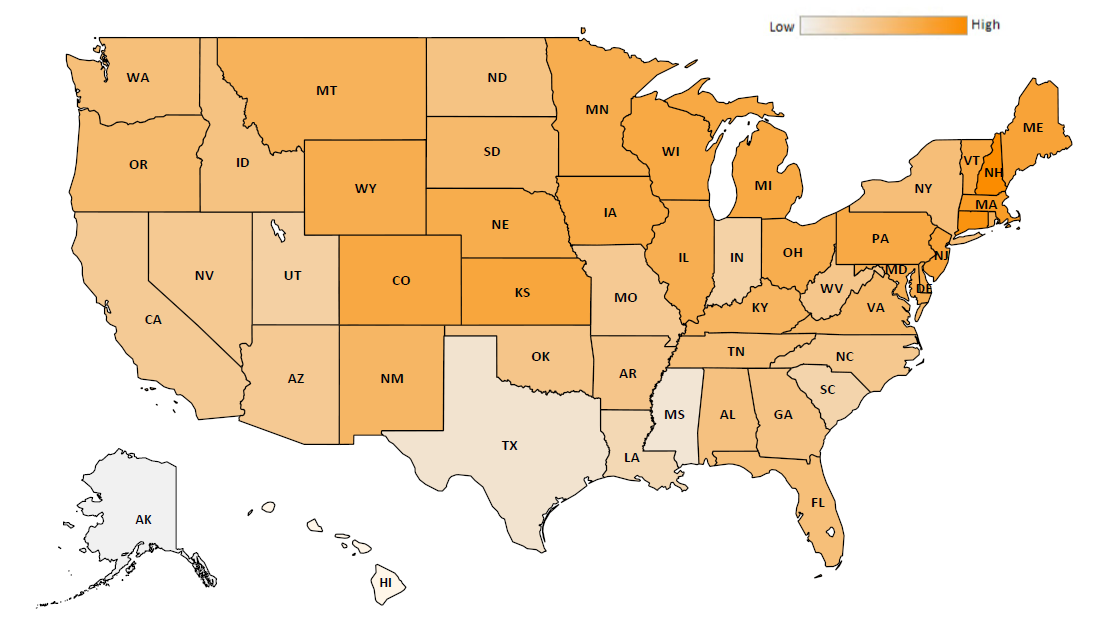 The District of Columbia and Puerto Rico are included in the table but are not ranked. States are ranked based on the number of active registrations per 100,000 population. Active registrations include all phone numbers on the National Do Not Call Registry as of September 30, 2017. Population estimates are based on 2016 U.S. Census population estimates.

National Do Not Call Registry Data Book for FY 2017