An FTC lawsuit has put the brakes on a debt collection operation that the agency says used deception to collect traffic tickets, court fines, and other municipal debts for more than 300 local governments in eight Southern and Midwestern states.

According to the FTC, American Municipal Services Corp. (AMS) of Dallas illegally coerced payments by badgering people with bogus threats, including threats that people who allegedly owed money would be arrested unless they immediately paid. 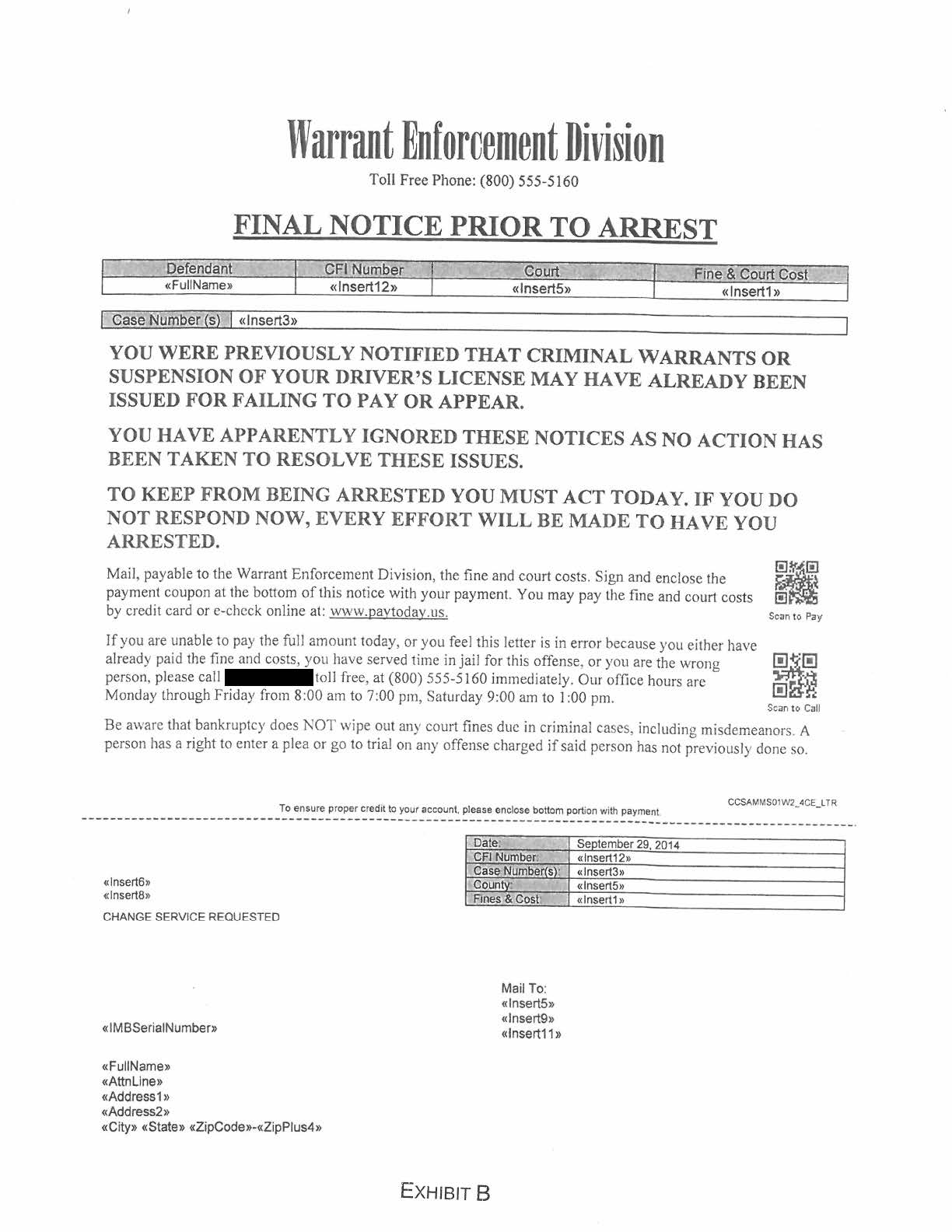 For debt collectors trying to make inroads in the niche market of municipal debt collection, the FTC’s complaint should serve as a red-light alert signaling what not to do.

The FTC said that when collecting traffic fines and other court-imposed debts, AMS sent dunning letters that identified the company as the “Warrant Enforcement Division” or “Municipal Enforcement Division,” suggesting — falsely — that the letters were from a government agency with enforcement authority.

The FTC said AMS used similar tactics when it collected debts for city services, like emergency medical services. The FTC’s complaint charged that AMS threatened that unpaid debts would be reported to credit reporting agencies, even though AMS never reported the debts and had no reason to believe its municipal clients reported debts.

What can debt collectors learn from the case?

I am glad you all are on top of all the fraudulent activity that is happening in America.

Great, we finally have fair play! Local governments take money from your pay check without your authorization because you work for a State Agency and you can't do "anything" about it. Even if you are contesting a fine or other disputes ... that is illegal. Thank you for stepping in and protecting our right because you are the only ones who can challenge them on the same playing field.

I am getting calls asking to pay tax money. And if I don't, they will take me into custody! I have reported to the FTC but haven't received any response. I then posted at a scam call reporting site.

Called from one number. Left threat to call back other number.1707-271-7945 203-484-3708. Now if we don't hear from you. We have to issue arrest warrant under your name and get you arrested. So get back to the department number as soon as possible. Thank you.

They are still making these threats by mail.

Yet again another person getting warrant. My daughter have received 2 already both different states that she was not traveling in. Is there going to be police action taken upon them. IN MARCH 2017 LAWSUIT FILED... THEY ARE AT IT AGAIN.... I am the one who noticed no place to file for a court day or a place. Just check this box. This is crazy. They need a real job. I feel sorry for those who do get taken in by them. If my daughter didn't travel at that time she would of know instantly it was fraud. We knew she did not travel through that state. Is there any actions taken against them? Thank you for catching this. There is so much out there. HERE IS A NEW ONE DON'T FALL FOR JOHN WESLEY EMPOWERMENT GRANT. GRANTS NEVER ASK FOR MONEY UPFRONT IT IS NOW A FACEBOOK SCAM. MY FRIEND FELL 2K HARD. BEWARE. ANY CAR HOME ETC THAT PEOPLE SAY I AM ON MISSIONS OR TRAVELING OR DEAF ETC AND DON'T HAVE KEYS TO SHOW ITEM. REPORT THEM IMMEDIATELY!!!!! loriegirl316