For swimmers struggling to stay afloat, imagine this good news/bad news scenario. The good news: Someone throws a life preserver in your direction. The bad news: It’s made of concrete. According to an FTC lawsuit, that’s a rough analogy to the services that Damian Kutzner, Brookstone Law, Advantis Law, attorney Vito Torchia, Jr., and others offered to consumers caught in the undertow of foreclosure.

The FTC alleges that the defendants – including four attorneys – falsely represented to struggling homeowners that they could avoid foreclosure and get monetary awards by becoming parties in cases against their lenders, also known as “mass joinder” lawsuits. As one targeted mailing advertised, “You may become a joined named plaintiff in a significant lawsuit that will seek, among other things, to void your note(s).” According to another letter, “Brookstone Law is preparing to sue the trustee assigned to foreclose on your property for wrongful foreclosure and demand that they immediately cancel your auction date.”

Just what is a mass joinder suit? They join dozens, or even hundreds, of individual plaintiffs in a case against a particular lender. But let’s be clear: These are not class action lawsuits. Each individual plaintiff must still go to trial separately to prove his or her allegations.

When homeowners responded to the defendants’ pitch, sales representatives touted the results that participation in their mass joinder lawsuits would supposedly yield. According to the complaint, many consumers were told they would recover “at least $75,000.” But first, the defendants said they would have to perform a “legal analysis” and would need $895 or more upfront. Of course, consumers were almost always told they had a good case against their lender – and that’s when the defendants started charging them thousands of dollars in monthly fees to sign up for a mass joinder suit, money the FTC says wasn’t deposited in client trust accounts as required by law.

The defendants told homeowners they’d quickly file lawsuits that would result in monetary awards, lower mortgages, and voided notes “to give you your home free and clear.” But in some instances, the defendants never added consumers to lawsuits. In other cases, they didn’t tell homeowners their cases had been dismissed and yet continued to charge them monthly fees.

That’s not the only deceptive practice alleged in the complaint. The defendants touted their “team of experienced litigation attorneys” – legal practitioners with the resources and know-how to successfully litigate these complicated cases. But according to the FTC, the defendants haven’t won a single mass joinder lawsuit on the merits. In fact, 11 of the 12 mass joinder cases filed by defendant Brookstone Law before 2016 have been dismissed. The twelfth case was initially dismissed for misjoinder, but was later reinstated despite what the California Court of Appeal termed “desultory and scattered allegations.”

What’s more, a California State Bar court found that Vito Torchia, Jr. – whose Bar license has since been indefinitely suspended – violated his ethical duty to his clients because he lacked “basic knowledge of mortgage lending law and bankruptcy law necessary to adequately and properly represent some 4,000 mortgage loan clients.” 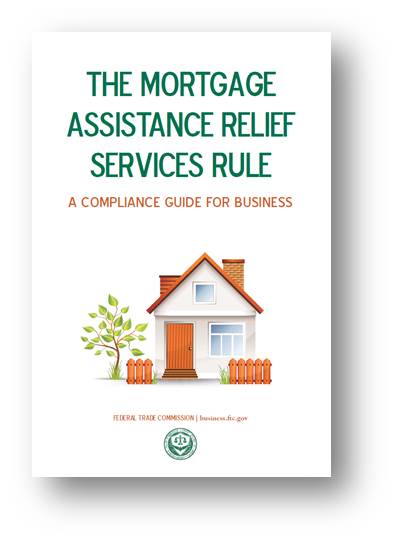 The complaint alleges that the defendants engaged in a host of deceptive practices, in violation of the FTC Act. The FTC also says they violated the Mortgage Assistance Relief Service (MARS) Rule and Regulation O by charging illegal upfront fees, misrepresenting their services, and failing to make required disclosures.

I hired Brookstone Law for roughly 3 years regarding the Potter vs JP Morgan case. I made monthly payments to them. Then to letter be told that I because the Judge dismissed the case and they plan to appeal that I needed to pay an additional $3000 to stay in the case. Brookstone Law drafted a letter indicating I was no longer part of the case because I could not pay an additional $3000 for an appeal. How is this possible when an appeal does not cost that much for one individual when you have many plaintiffs involved. I am very disappointed with the fact that Brookstone took advantage when clients homes were in jeopardy. I hope that in the long run they are forced to pay back all funds 100% as well as cost for being put throught this unnecessary process.

I was solicited by Brookstone Law for wrongful foreclosure and other causes with Bank of America. I paid $6000.00 for the first cause of action with BoA and when the courts dismissed the first cause I was paying BS Law $250.00 for a period of time to total cost of $10,500.00 to me. I filed a fraud charge with my bank (Visa) and was only reimbursed 1 payment of $250.00. I am still paying payments to my credit card.