Parents want to make the best choices for their babies’ health. But between diaper changes and 2 AM feedings, they aren’t in a position to spend much time surveying the scientific literature for ways to reduce the chance their kid will develop the allergies they suffer from. So when Gerber (also doing business as Nestle Nutrition) advertised Good Start Gentle baby formula as a way to “reduce the risk of developing allergies” – and featured a gold seal on products suggesting FDA approval – it’s understandable that parents would take note. But according to a lawsuit filed by the FTC, the company’s allergy reduction and FDA approval representations were misleading.

Good Start Gentle is made with partially hydrolyzed whey proteins, which the company says are easier to digest than proteins in formula made with intact cow’s milk. Gerber claimed that Good Start Gentle may prevent or reduce the risk that infants will develop allergies. Ads read “You want him to have your smile, not your allergies" and "I love Mommy's eyes, not her allergies." Another ad stated: "If you have allergies in your family, breastfeeding your baby can help reduce their risk. And if you decide to introduce formula, research shows the formula you first provide your baby may make a difference. In the case of Gerber Good Start Gentle Formula, it’s the Comfort Proteins Advantage that is easy to digest and may also deliver protective benefits."

Labels on the canister said “1st & only routine formula to reduce the risk of developing allergies.”

Persuasive? Yes. Supported by sound science? The FTC says no.

According to Count I of the complaint, Gerber didn’t have appropriate evidence to back up its claim that Good Start Gentle prevents or reduces the risk of allergies in babies with a family history of allergies.

Count II challenges Gerber’s claim of FDA approval. The backstory is pretty detailed, but if your clients make health representations, it’s worth a read. 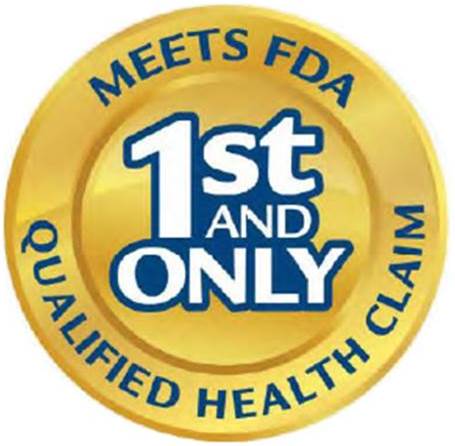 Under the law, FDA can issue a regulation authorizing a health claim on a food label only if there’s “significant scientific agreement among experts” that it’s supported by the totality of the evidence. If there isn’t agreement, a company can petition FDA to exercise its discretion regarding a certain narrow claim. If FDA concludes there’s some credible but limited evidence, the agency will send a letter outlining – among other things – how the advertiser must communicate the limited nature of the support.

In 2005, Gerber petitioned FDA for approval to make a health claim explaining the relationship between whey-based formula and the reduced risk of kids developing food allergies. (Not the broad range of allergies parents would likely be concerned about – including hay fever and the like – but just food allergies.) The FDA said no, finding no credible evidence to support the claim.

Gerber petitioned the FDA again in 2009 – this time asking for permission to say that “emerging clinical research” shows whey-based formula may reduce the risk of atopic dermatitis, more commonly known as eczema. Again, the FDA said no. But this time the agency said it would consider exercising its enforcement discretion if Gerber made a very narrow statement – what lawyers sometimes call a “qualified claim” – that “the relationship between 100% Whey-Protein Partially Hydrolyzed infant formulas and the reduced risk of atopic dermatitis is uncertain, because there is little scientific evidence of the relationship.” In other words, if Gerber wanted to make that claim, it would have to clearly communicate to consumers that there is “little scientific evidence” for the relationship.

But according to the FTC, Gerber took the FDA’s narrow letter and turned it into a prominent gold badge that read: “1st & Only Meets FDA Qualified Health Claim.” The leap Gerber made from FDA’s cautious admonition to what the FTC says consumers would view as an FDA approval claim is the gist of the second count of the FTC’s complaint. The complaint alleges that in this context, parents would likely interpret the phrase “1st & Only Meets FDA Qualified Health Claim” to suggest that Good Start Gentle “qualified for or received approval for a health claim” from the FDA – when the facts are exactly the opposite.

The lawsuit is pending in federal court in New Jersey, but even at this early stage, there are general principles marketers can glean from well-established FTC caselaw.

Support your health claims with appropriate science.  This is a two-part process. First, determine what claims consumers take from their ads. The next step: Ensure you have proper science to back up each of those claims.

Consider what’s conveyed by seals or badges.  Official-looking graphics can convey claims persuasively, especially when they relate to a credence attribute – a product feature consumers can’t easily evaluate on their own. When the purported approval comes from a source like FDA, companies need to exercise particular care that they're conveying the straight story to consumers.

Qualify your "qualified claims."  Experienced attorneys use the phrase “qualified claim” to mean a narrow representation with limited support. But how would a Mom or Dad shopping for baby formula interpret the phrase “FDA Qualified Health Claim”?  Would they understand that to mean that the FDA found that there’s little scientific evidence to support a link between the formula and a reduced risk of eczema? The FTC doesn’t think so.

As an outsider looking into this issue, it seems really confusing why Gerber would be so insistent on labeling their formula in this particular way despite FDA directives. It is understandable that Gerber is a for-profit corporation and will try to label its product in a way that helps it to sell the most. However, the FDA was apparently quite consistent in its refusal to allow this formula to be labeled as allergy-combating. As such, it really makes one consider whether other companies are getting away with this tactic. In other words, there must be some basis for Gerber thinking it could get away with this concerning label. Is it possible that the FDA has lacked the regulatory appetite to say no to companies in regards to dubious product labeling? As a reader, it seems clear that Gerber should not, according to clearly defined FDA rules and regulations, have attempted to label its formula in this way. Why did it think it could get away with it? Or was the FDA not clear enough with the letter of the law as to what a “qualified health claim” is or would be? Perhaps the FDA does need to be clearer about these labeling requirements as evidenced here, because companies will understandably do their best to make their FDA-approved labels as flattering as the letter of the law will allow them to.