For companies that peddle phony student loan debt relief, we have a message for you: Winter is coming.

The FTC and the Florida Attorney General’s Office just filed suit against two outfits pitching bogus debt relief. The new wrinkle is that the defendants’ focus is on purported relief for student loan debt. The FTC also announced a settlement in an action filed earlier this year against another operation making debt relief claims for people struggling with student loans and mortgages. 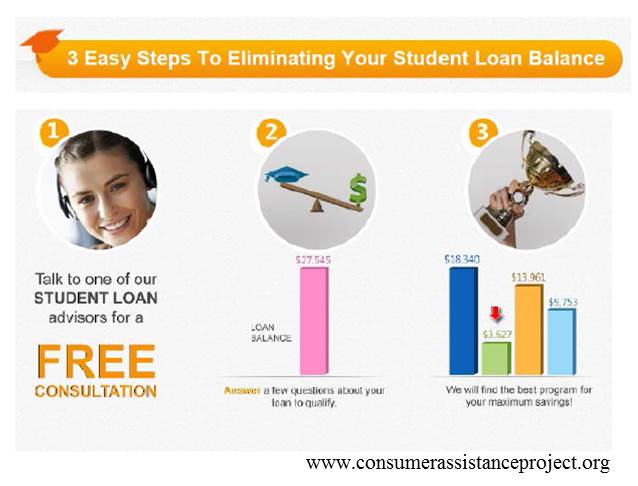 The first case challenges representations by Coral Springs, Florida-based Chastity Valdes and the creatively-named “Consumer Assistance Project.” According to the lawsuit, the defendants – who charged hefty upfront fees and monthly costs of as much as $300 – roped folks in with pitches like “GET RID OF YOUR DEBT TODAY.” After allegedly pretending to evaluate consumers for eligibility, the defendants told them they qualified for debt reduction of 50%-70% or more, thanks to government student loan forgiveness programs. But according to the FTC and AG, what consumers weren’t told was that it costs nothing to apply for those programs and that many people wouldn’t be eligible.

The lawsuit also alleges that the defendants falsely claimed they would repair consumers’ credit and would audit consumers’ loans for errors that would reduce or even invalidate what people owed. What about those glowing reviews on social media praising the company’s services? The FTC and AG say at least some were posted by employees of the company or their associates. Among other things, the complaint charges violations of the FTC Act, the Florida Unfair and Deceptive Trade Practices Act, the Telemarketing Sale Rule, and the Credit Repair Organizations Act (CROA). 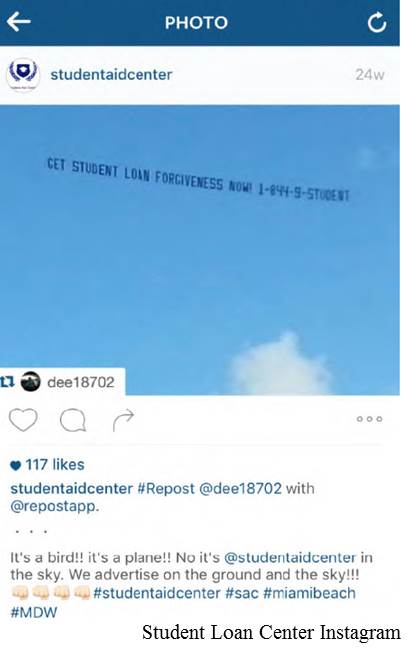 The second case challenges the practices of Doral, Florida-based defendants Damien Alvarez and Ramiro Fernandez-Moris, who do business under the name “Student Aid Center.” In addition to its online presence – which featured URLs like studentaidcenter.org and studentloanforgiveness.org – the company advertised on the radio, via text message, through telemarketing, and on social media, including a picture on Instagram of an aerial promotion. 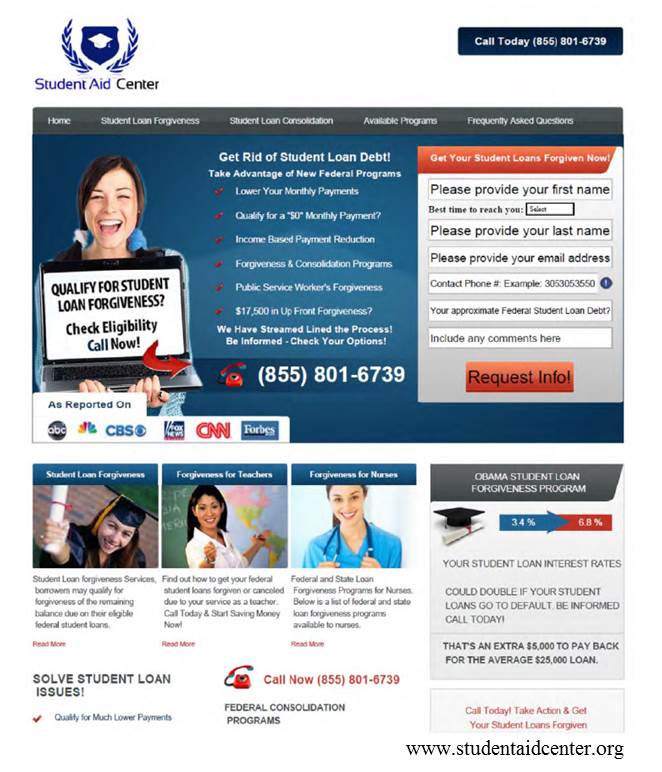 Don't look for the Student Aid Center next to the Dean’s Office or in the Student Union. According to the complaint, they lured people in with promises like “Get Your Student Loans Forgiven Now!” and “$17,500 in Up Front Forgiveness?” But the only thing “upfront” were the company’s fees. The FTC and AG also challenge the defendants’ claims that consumers were “approved” or “pre-approved” for loan forgiveness or reduced monthly payments.

What’s more, the defendants assuaged consumers with the promise of a 100% money-back guarantee. But according to the complaint, many people got refunds only after complaining to the BBB or to a federal or state agency. Other consumers report that when they asked for their money back, the defendants threatened to send their accounts to collection.

Good EBusiness
The FTC also announced a settlement in a pending lawsuit against defendants Tobias West, Komal West, Student Loan Help Direct, Select Document Preparation, and – continuing today’s theme of ironic company names – Good EBusiness, Inc. According to the complaint, the defendants charged upfront fees of between $500 and $800 and falsely claimed they could renegotiate, settle, or alter the payment terms of student loans.

But that’s not all. The complaint also alleged that Tobias West and Good EBusiness – this time using the name The AAP Firm – deceptively marketed student and home loan modification services and illegally charged advance fees of between $1,000 and $5,000. In addition to violations of the FTC Act and the Telemarketing Sales Rule, the lawsuit charged West and Good Ebusiness with violations of the Mortgage Assistance Relief Services (MARS) Rule (Regulation O).

The settlement bans Tobias West and Komal West from marketing debt relief products or services, prohibits a host of misleading claims, and puts protections in place so they can’t profit from consumers’ personal information. In addition, the settlement imposes a $2.3 million judgment that will be suspended when they surrender all remaining business assets. The total will become due immediately if it turns out they misrepresented their financial condition. Default judgments against the corporate defendants are pending.

The FTC-AG actions against the Consumer Assistance Project and Student Aid Center defendants are ongoing.

What consumers and businesses should know 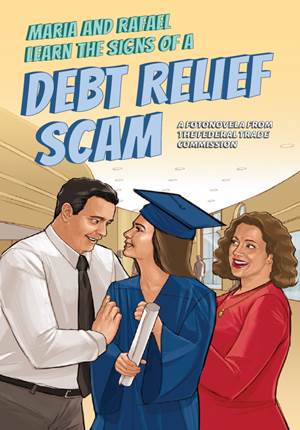 Everyone knows someone – or is someone – struggling with debt, including student loans. To warn consumers about fraudulent student loan debt relief services, the FTC has resources in English and Spanish. Check out the latest in a series of graphic novels offering advice on how to spot a debt relief scam.

We’ve also posted a list of individuals and companies that courts have banned from selling debt relief services as a result of FTC actions.  (More about that in the next Business Blog post, Jumping on the banned wagon.)

It may not be a spoiler of the magnitude that Jon Snow is still alive, but here’s the message that companies here and across the Seven Kingdoms of Westeros can take from the announced actions: Misleading claims about student loan debt relief are on the law enforcement agenda.

National Loan Solutions Scammed me. Hope you can help me remedy this and have them refund my $400.00 in a fee.