It’s rare that we’d liken an FTC complaint to a pizza with the works or an everything bagel, but the breadth of violations alleged in the FTC’s action against DK Automation, Kevin David Hulse, David Shawn Arnett, and affiliated companies invites the comparison. The proposed $2.6 million settlement resolves charges that the defendants made deceptive earnings claims, failed to comply with the Business Opportunity Rule, violated the Consumer Review Fairness Act, and unfairly skewed consumer reviews. In addition, one complaint allegation charges that the defendants made false or unsubstantiated money-making claims with actual knowledge they were violating prior Commission determinations. 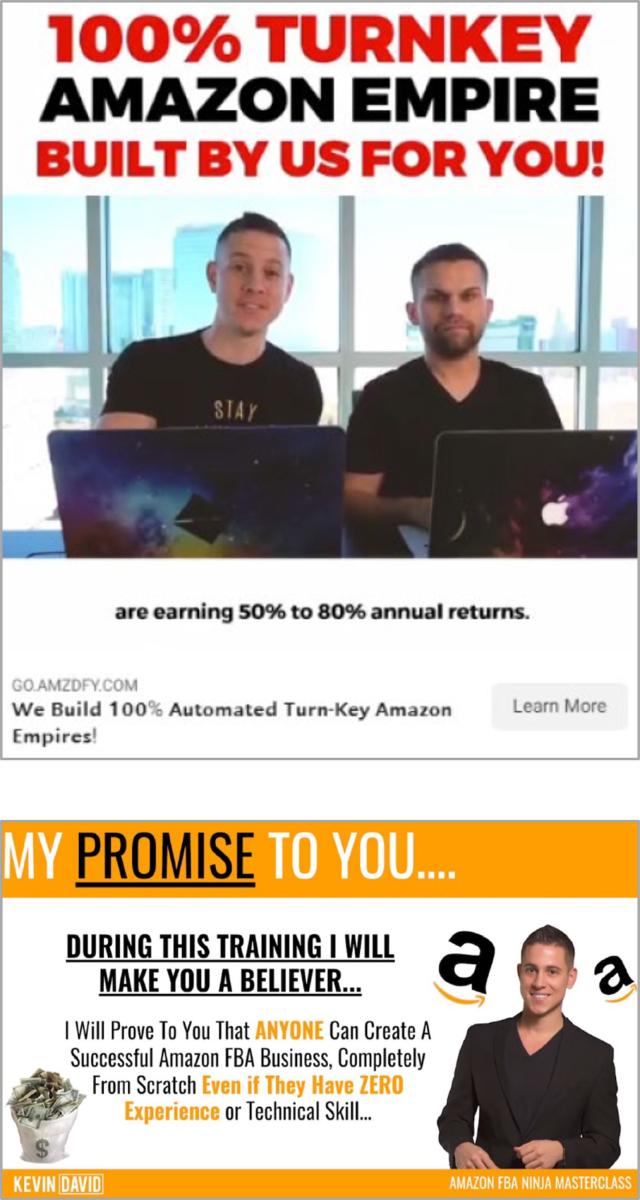 Using company names like DK Automation, THATLifeStyleNinja, Digital Ninjaz, and AMZ Automation, the defendants posed an intriguing question to consumers: “What if I told you that if you qualify, we will do 100% of the work while you sit back and relax and watch us build you an Amazon empire?” They ran ads online – including on Google, Facebook, Instagram, and YouTube – pitching a variety of business opportunities and training programs, including a “100% TURNKEY AMAZON EMPIRE BUILT BY US FOR YOU!” In addition, the defendants featured testimonials from people who supposedly made “$96,000 in a single month,” “$50,000 IN ONE MONTH SELLING ON AMAZON,” and “$150,000 in revenue in just a single month,” more than the consumer “would make in years in the Marines.”

But the defendants didn’t stop there. In January 2022, they started to promote a program they touted as the “#1 secret passive income crypto trading bot” that would “build CRYPTO WEALTH” and “will trade for you 24-7 so you will generate your profits even while you sleep.” Videos described it as an “Easy Way to Make $1,000 PROFIT DAILY.” 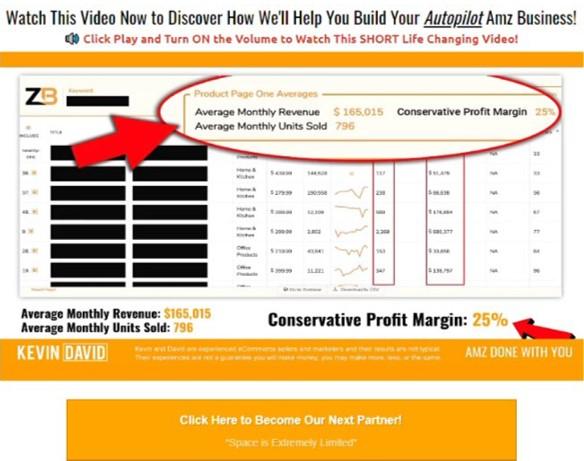 Depending on the program, consumers shelled out between several hundred dollars to $100,000 or more for the defendants’ products and services, but according to the FTC, “Most purchasers are unlikely to earn the advertised income, and many, if not most, lose money.” Thus, the complaint alleges that the defendants’ earnings claims were false or unsubstantiated.

The FTC also says the defendants violated multiple provisions of the Business Opportunity Rule by – among other things – misrepresenting how much prospective purchasers could expect to earn, failing to promptly give them the disclosure document required by the Rule, failing to make mandatory earnings disclosures to consumers and in media ads, and misrepresenting the cost, performance, or efficacy of their business opportunities.

Two additional counts challenge the defendants’ tactics regarding consumer reviews. The FTC alleges that the defendants violated the Consumer Review Fairness Act by including a non-disparagement clause in their form contracts that attempted to squelch consumers’ ability to express their opinions about their experience with the defendants. Indeed, the complaint cites an instance in which the defendants threatened a consumer who had expressed his opinion and told him that they would “litigate for damages . . . that will be far in excess to that of the original joining fee.” The FTC says the consumer had paid the defendants more than $150,000, but didn’t net a profit in two years.

For those following the FTC’s issuance of Notices of Penalty Offenses, Count Nine of the complaint merits particular attention. The FTC alleges that in April 2022, the defendants received the Notice of Penalty Offenses Concerning Money-Making Opportunities and Endorsements, stopped making certain illegal claims, and yet continued to make others, in violation of Section 5(m)(1)(B) of the FTC Act.

The proposed stipulated order includes injunctive provisions that require the defendants to support their earnings claims with solid proof, to comply with the Business Opportunity Rule, and to honor consumers’ rights under the Consumer Review Fairness Act. The proposed order also enters a financial judgment of nearly $53 million, which – based on the defendants’ inability to pay – will be partially suspended when they pay $2.6 million that will be used for consumer refunds. If the defendants haven’t told the truth about their finances, the full amount will be due immediately.

The FTC looks askance at attempts to squelch consumers’ right to review. The Consumer Review Fairness Act protects people’s ability to share their honest opinions in any forum, including social media, about a business’s products, services, or conduct. Make sure your form contracts and agreements don’t include provisions that violate that law. In addition, companies that take steps to suppress negative reviews or promote bogus positive reviews may be engaging in unfair or deceptive practices.

“We feel the need – the need for heed.” If you have received a Notice of Penalty Offenses or receive one in the future, take it seriously. The statute gives the FTC the right to seek civil penalties for knowing violations of the law.

Great job catching these creeps. I was looking at a similar scheme on Biz Buy Sell and thought it’s too good to be true. So I didn’t continue on with the company.