The FTC’s latest credit repair case alleges that the creators of The Credit Game falsely promised to help people quickly boost their credit scores and misled them to think they could make millions by running their own credit repair companies. The defendants even went so far as to urge people to invest their COVID-19 government benefits in this supposed money-making opportunity.

The lawsuit charges Michael Rando, his wife, Valerie Rando, and seven of their companies with violating multiple consumer protection laws, including the Credit Repair Organizations Act (CROA) and the Telemarketing Sales Rule (TSR). At the FTC’s request, a federal court has frozen the defendants’ assets, appointed a receiver, and ordered them to cease their allegedly illegal operations pending further proceedings in the case.

According to the complaint, the Florida-based defendants have operated an unlawful credit repair business since at least 2019, first under the name Wholesale Tradelines, then as The Credit Game. It alleges that through YouTube videos, websites, emails, and telemarketing, they falsely claimed they could boost peoples’ credit scores by hundreds of points in as little as 45 days, remove negative items from a credit report, and cause a third party’s positive credit history to appear on — and improve — someone’s poor credit report through a practice known as “credit piggybacking.” 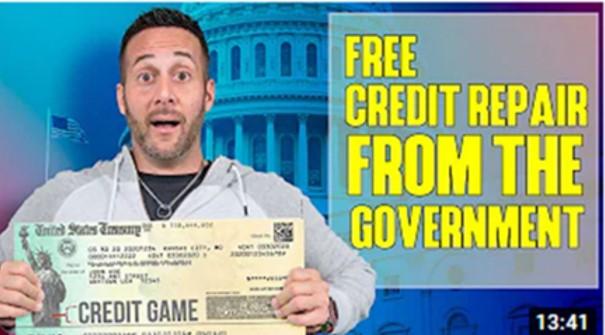 But the FTC says the defendants misled and deceived people: credit repair companies can’t legally remove accurate and timely negative information from a credit report. And, the FTC says, the defendants’ “services” included filing bogus identity theft reports with the FTC that falsely claimed that people’s debts resulted from identity theft, providing false information to credit bureaus, and encouraging their customers to lie to credit bureaus, all of which is illegal.

In addition, the complaint charges the defendants pitched a bogus business opportunity for people to set up credit repair companies of their own. As part of their sales pitch, they allegedly used false and misleading earnings claims, telling one undercover FTC investigator they could make “tens of thousands” of dollars every month. According to the complaint, the defendants urged people to “invest” their government COVID-19 benefits — stimulus checks and child tax credits — in the supposed opportunity.

In addition to CROA and TSR violations, the 16-count complaint alleges the defendants violated the FTC Act, the Business Opportunity Rule, and the COVID-19 Consumer Protection Act (CCPA), which, in part, bars deceptive acts or practices associated with government benefits related to COVID-19. Among other things, the complaint alleges the defendants:

What’s the takeaway? If you sell credit repair services, CROA lays out a clear list of dos and don’ts. If you haven’t reviewed it lately, now is a good time to run a compliance check. If you’re a promoter, you may also want to review the FTC’s Advanced Notice of Proposed Rulemaking, an FTC initiative concerning false, misleading, and unsubstantiated earnings claims.